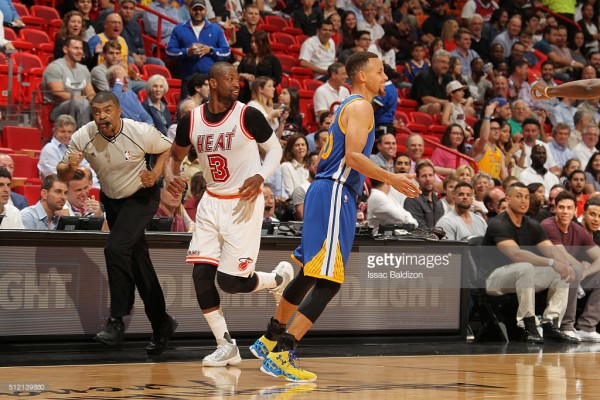 The Miami Heat are currently tied in their first round series against the Charlotte Hornets at two games apiece, with the Heat now finding themselves at 60/1 odds to win the NBA title, according to the Westgate SuperBook in Las Vegas.

An adjustment took place after two key injuries in the Western Conference changed the potential chances of two teams. On Sunday, Golden State Warriors point guard Stephen Curry suffered an MCL sprain after slipping on the court against the Houston Rockets and will miss at least two weeks of action. Then, on Monday night, Los Angeles Clippers point guard Chris Paul was lost for the duration of the playoffs after fracturing a finger on his shooting hand.

Despite the setback, the Warriors remain favorites at 5/4 odds, followed closely behind by the San Antonio Spurs at 9/5. Following them is the Cleveland Cavaliers at 3/1, with many of the others facing longer or even steeper odds:

Not represented among the teams above are four other teams still currently alive. Like Miami, Indiana and Boston are deadlocked at two games each against Toronto and Atlanta, respectively. In the Western Conference, two Texas teams, Houston and Dallas are facing long odds as both trail their opponents 3-1. The Rockets trail the defending champions Warriors, while the Mavericks must win three in a row to knock off the Thunder.
[xyz-ihs snippet=”Responsive-Ad”]