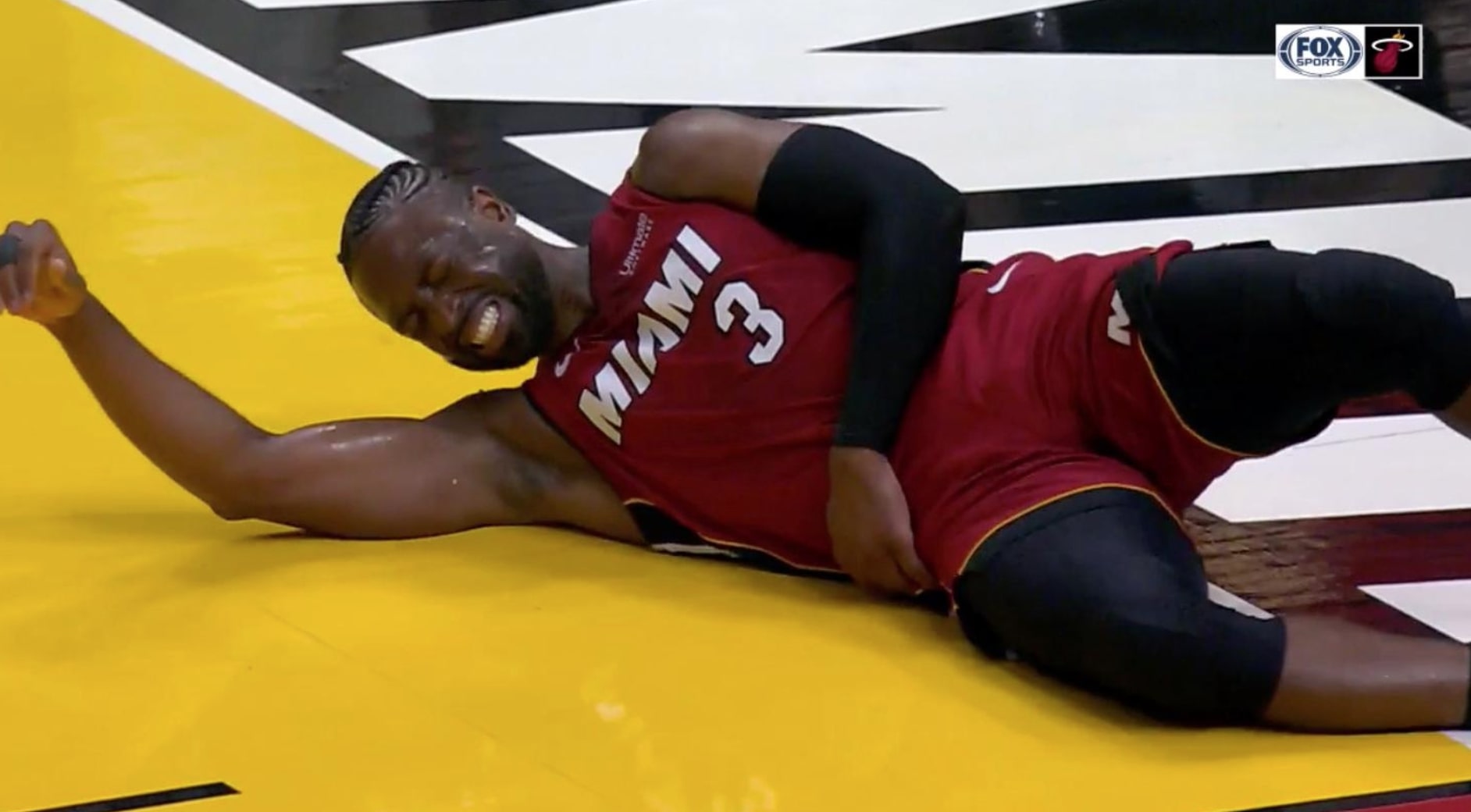 .@DwyaneWade heads to the @MiamiHEAT locker room on his feet after sustaining a hard fall in #MILvsMIA.#HEATCulture #NBA pic.twitter.com/NMkJ1iRgya

The injury took place when Wade drove the basket and was knocked off balance. He landed awkwardly on his hip and stayed down for quite some time before walking off the court under his own power.

He left the court shortly after and headed to the Heat locker room.

While the Heat were up by a whopping 20 points at halftime, the Bucks have taken the lead early in the fourth quarter.

If Wade is unable to return, it will up to the rest of the Heat roster to reclaim the lead and get a much-needed win versus the Eastern Conference’s top club.