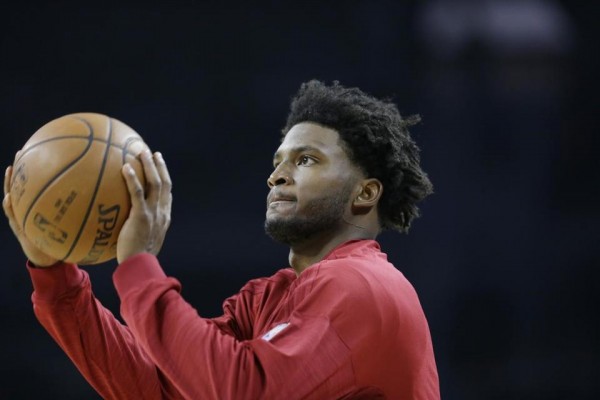 Justise Winslow is set to take center stage this season. However, he won’t have heady veterans like Luol Deng, Amar’e Stoudemire, and Dwyane Wade teaching him the ropes anymore.

“Unfortunately for me, [Dwyane] Wade was a guy I Iooked up to. He’s gone. Joe [Johnson] is gone. Lu [Deng] is gone. It’s my turn. Embrace the opportunity. Try to make this a year to make the front office feel confident in building around me for the future. I’m looking forward to the green light. My role is going to be so much bigger. I have to learn how to step up vocally,” Winslow told fellow former Duke University player Jon Scheyer on a podcast.

However, there is lots of room for improvement in Winslow’s game. As a rookie he was, at best, a streaky shooter last year which allowed teams to shade off him on defense. He shot a miserable 27.6 percent from behind the arc and a below average 42.2 overall shooting percentage.

That’s why hearing about Winslow’s new shooting coach should be a huge positive for Miami Heat fans. Barry Jackson of the Miami Herald spoke to a staffer (he did not wish to be identified) who was “pretty pleased” because Winslow’s stroke, rhythm, and release have made significant improvements.

“You will see a major difference; he can be a special player,” the staffer said.

Additionally, the now second-year forward got a chance to play with the USA Men’s Select Team in Las Vegas earlier this summer and learn from legendary San Antonio Spurs coach Gregg Popovich.

“You see him on TV and you are kind of intimidated and don’t know what to expect,” Winslow said. “To see how normal he is, how approachable he is, just being able to pick his brain about things, I’ve learned a lot in a short period of time. He loves the way I can process new things on the go.”

There hasn’t been a shortage of learning and improvement opportunities for Winslow this summer and by the look of it he has been hard at work. He even gave Jackson a peek into the style of play the Heat could be transitioning to with a new young core.

“Our goal [is] try to make the game as ugly as possible, play good defense and go from there,” said Winslow. “We’ve got a lot of players. If we can put it all together, we should be able to make the playoffs.”

With all of this work he’s done, the stage is set for Winslow to have a breakout year.
[xyz-ihs snippet=”Responsive-ImagenText”]