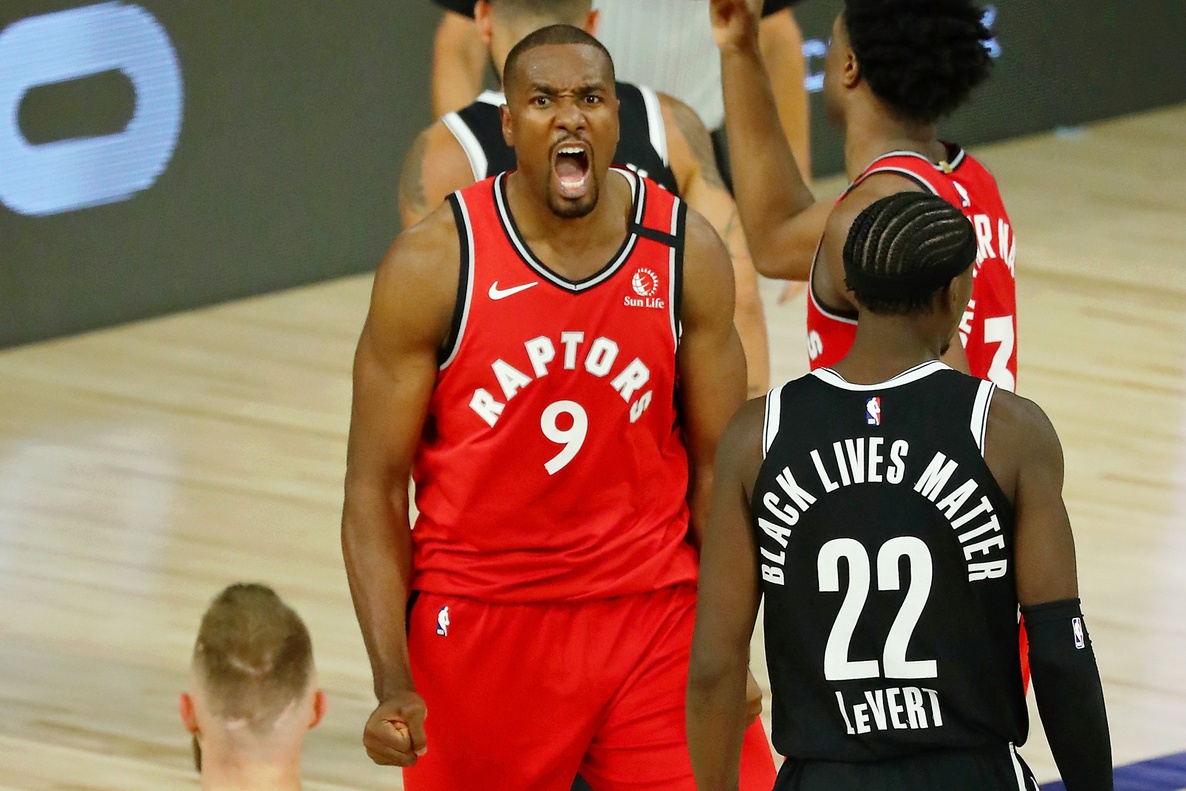 The Miami Heat were two wins away from winning the 2020 NBA championship.

Now, the team is set on improving its roster so it can get over the hump next season. According to Sean Deveney of Forbes.com, the Heat are interested in Toronto Raptors veteran Serge Ibaka.

“The Raptors are still the favorite to keep Ibaka,” Deveney reported. “But if he leaves, he would only do so to have a chance at a championship—teams like the [Boston] Celtics, the [Los Angeles] Clippers, the Heat, the [Dallas] Mavericks and the [Portland] Trail Blazers are among those interested in Ibaka. The [Los Angeles] Lakers, though, would offer him the best chance at another ring.”

Ibaka, 31, gathered 15.4 points, 8.2 boards and 1.4 assists per game last season. As a matter of fact, his scoring average was the highest of his career.

Furthermore, Ibaka had one of the best offensive displays of his career during the 2020 playoffs. The center put up 14.8 points and 7.7 rebounds per game in the postseason.

The defensive stalwart helped the Raptors capture the 2019 NBA title. He has crucial playoff experience as well as stellar play to offer interested teams in free agency.

The Heat lost to the Lakers in the 2020 NBA Finals. One of the Heat’s areas of deficiency was in rebounding. They had no answer for superstar big man Anthony Davis.

Adding a center like Ibaka to the mix would surely help the Heat out and alleviate any concerns around the basket. However, the Heat won’t do anything that will jeopardize their 2021 cap space.