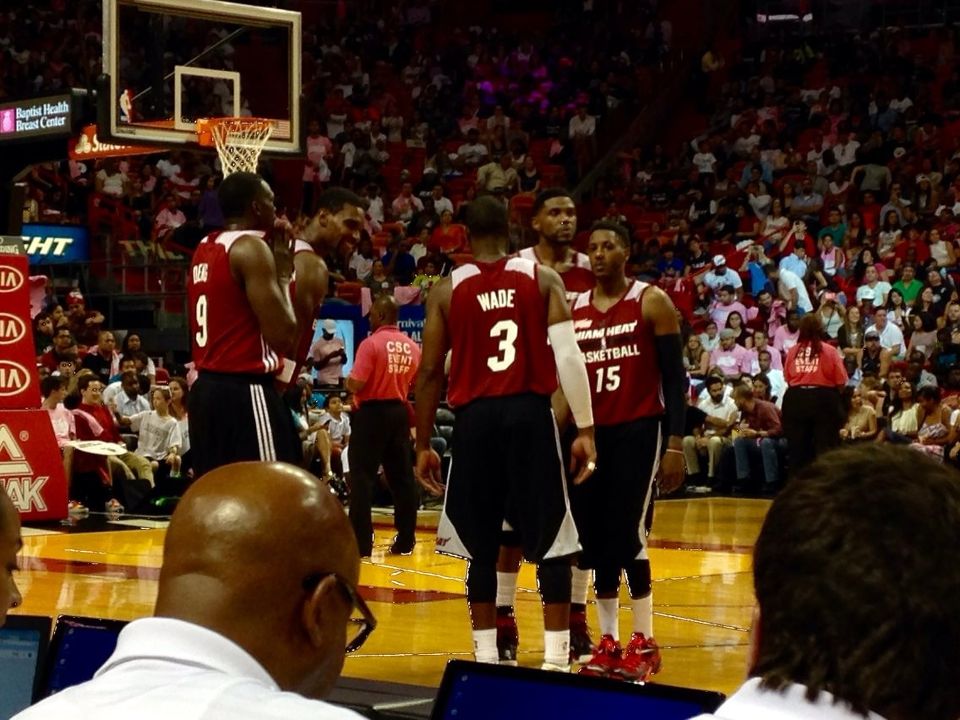 It seems like the 2014 NBA season is approaching quicker than we may think as Heat Nation finally got a chance to look at the brand new Miami Heat roster in action. From Danny Granger saying that he “loves Miami” to James Ennis breaking Luol Deng‘s ankles, the day was filled with many highlights and feel-good moments.

During a timeout Granger says, “When I put this jersey on for the first time it was a little weird…but I love Miami.” 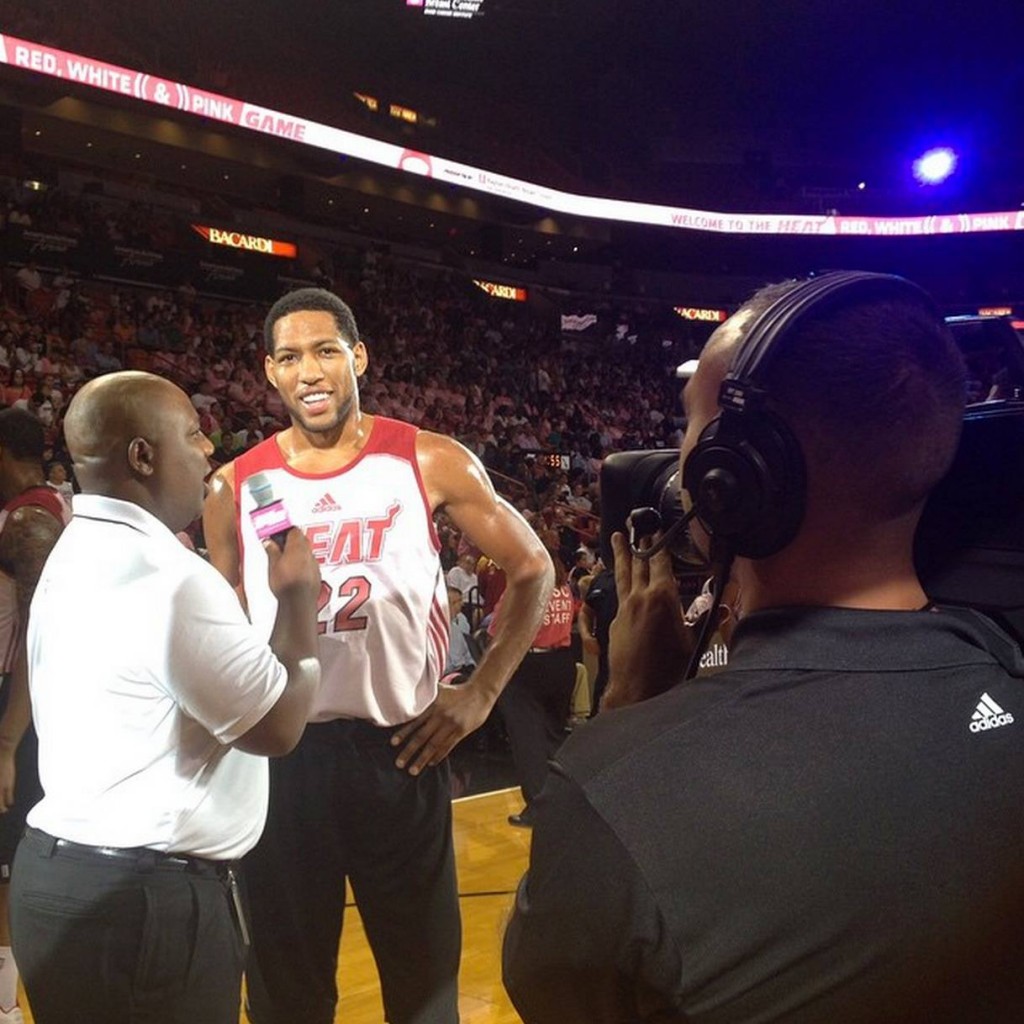 Chris Bosh with the silky up-and-under move and finishes with the slam.

James Ennis crosses up Luol Deng and finishes with authority!