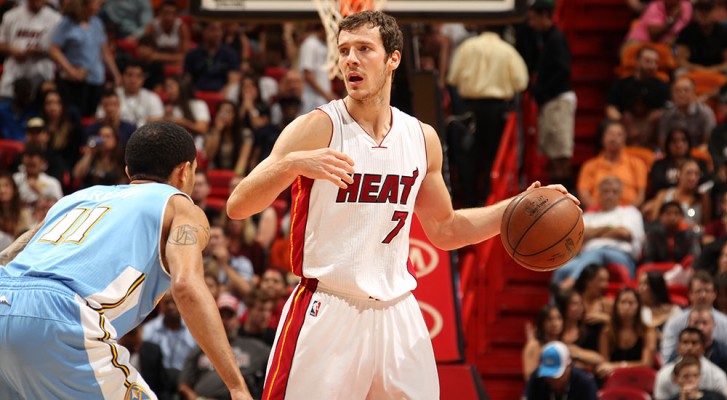 As the Miami Heat head into the 2015-16 season, there is no doubt that there is a microscope over Goran Dragic.

And for good reason—Dragic is considered to be one of the top point guards in the NBA.

SLAM Magazine seems to agree. In the basketball magazine’s top 50 players list, the 6’3″ guard was named the 45th-best player in the NBA. Tyler Richardson of SLAM stated the following in regards to the championship aspirations the Heat have due to the presence of Dragic:

“Many think a fully healthy and revamped Heat squad could challenge for a top-four seed in the delicate East, and possibly push the Cavs in a late-round Playoff series that everyone is hopeful the basketball gods make happen.

“A big reason for the optimism in Miami is the talent of the newly signed Goran Dragic.”

Dragic was acquired for two draft picks at the trade deadline last February despite the fact that he only had one year left on his contract. Despite opting out to become a free agent in July, Pat Riley quickly re-signed the Slovenian point guard to a five-year, $90 million deal.

Though Dragic’s numbers declined in 2014-15 compared to the previous season, his overall numbers in 26 appearances with the Heat were still strong—he averaged 16.6 points and 5.3 assists on 50.2 percent from the field. He is ranked as the 13th-best point guard on the list.

Obviously the expectations are higher for Dragic and the Heat in 2015-16, notes Richardson:

“Fans and the Heat are hoping the distractions of Dragic’s free agency and the situation in Phoenix contributed to the point guard’s sometimes inconsistent play last season.

“For the first time in his career, Dragic will be asked to drive a playoff-caliber team toward a championship. Let’s see what he can do.”

If the Heat have the type of season many are expecting next year, there is little doubt the Slovenian point guard will rank higher on next season’s top 50 players list.
[xyz-ihs snippet=”Responsive-Ad”]