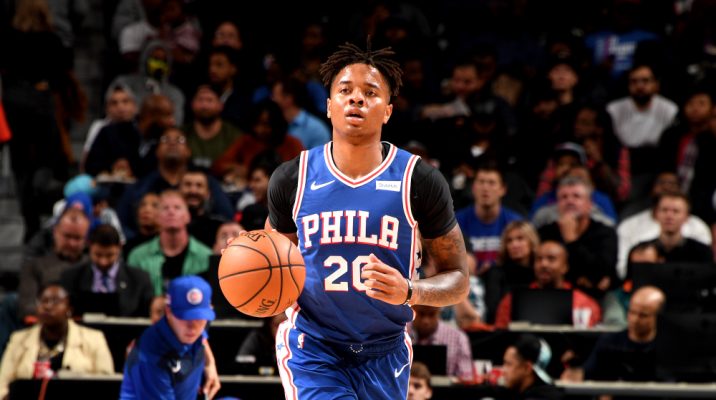 In the midst of the Miami Heat looking for its next big star, Chris Sheridan of Sheridan Hoops reported that James Johnson, Wayne Ellington, and Rodney McGruder would less than likely be included in a deal for Markelle Fultz.

After Sheridan stated on Twitter what he believed the Philadelphia 76ers would want in return in a trade for Fultz, a fan proposed the following:

Would a Wayne Ellington and Rodney McGruder trade work for both or a James Johnson trade be the answer? https://t.co/KADlHBycO5

Sheridan responded with his answer:

Neither. Fewer players have lower trade value right now that the former No. 1 pick. Miami loves all three of those guys. https://t.co/FsA8fSprVR

McGruder has seen his stock rise lately after having a breakout start to the season. He’s currently averaging 12.4 points (shooting 43.0 percent from the field), 4.9 rebounds, and 3.3 assists per game.

Johnson recently made his season debut after being out with a sports hernia injury, and will be slowly brought along on a minutes restriction. He is, however, an important piece to head coach Erik Spoelstra, who recently compared the forward to Draymond Green.

Wayne Ellington’s marksmanship has been nothing short of steady. Entering what is now his third season with the Heat, his 3-point percentage has hovered around the 38-percent mark and has been reliable when not injured.

Fultz recently made headlines after stating that he wanted to see a doctor about his continuing shoulder issue, and announcing that he wouldn’t be participating in any practices or games until he underwent an evaluation, as first reported by David Aldridge of The Athletic. The Athletic then followed up with a statement implying that sources close to the situation have knowledge that Fultz would prefer a fresh start with a new team.

The Heat would be taking a gamble on the former No. 1 pick, who’s been a shell of himself. Until Fultz can gain control of whatever continues to hamper his shooting form, teams won’t be overly aggressive to pursue the guard.
[xyz-ihs snippet=”HN-300×250-TextnImage”]