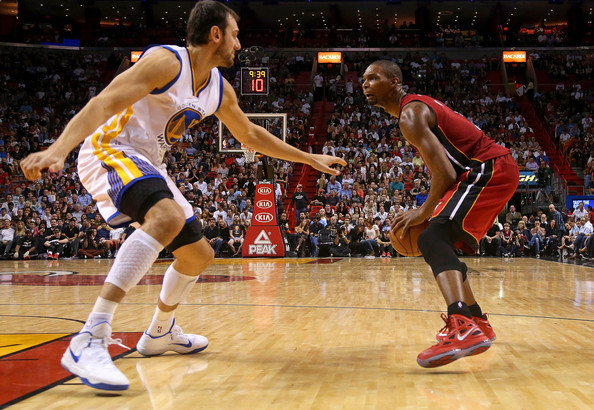 It’s safe to say Chris Bosh is eager to return to the basketball court.

After being sidelined during the second half of last season due to blood clots on his left lung, Bosh has reiterated that he is ready to play after appearing on “The Late, Late Show ” on CBS:

“I’m ready to play. I’ve been healthy. It’s been a great summer.”

The Miami Heat star hasn’t seen action on the court since February 11th, 2015, right before the All-Star break. Before he was ruled out for the remainder of the season due to the blood clots ailment, Bosh had been averaging 21.1 points and 7.0 rebounds through 44 starts.

The Heat are due to open training camp on September 29th. Several players are already getting an early start to the season, as they are currently working out at American Airlines Arena.

While appearing on the show, Bosh went into some detail regarding the development of his ailment:

“It was kind of a slow-building process and everything, and I felt just severe pain in my left lung. It starts off tight and you really can’t move, and it’s pretty bad. But I’m here now.”

With the 12-year veteran healthy once again, the Heat are expected to be Eastern Conference contenders as they look to bounce back from last season’s 37-45 record.

The projected starting lineup of Goran Dragic, Dwyane Wade, Luol Deng, Hassan Whiteside and Bosh will finally appear on the court for the first time this upcoming season after several of the players struggled through injuries last season.
[xyz-ihs snippet=”Responsive-Ad”]