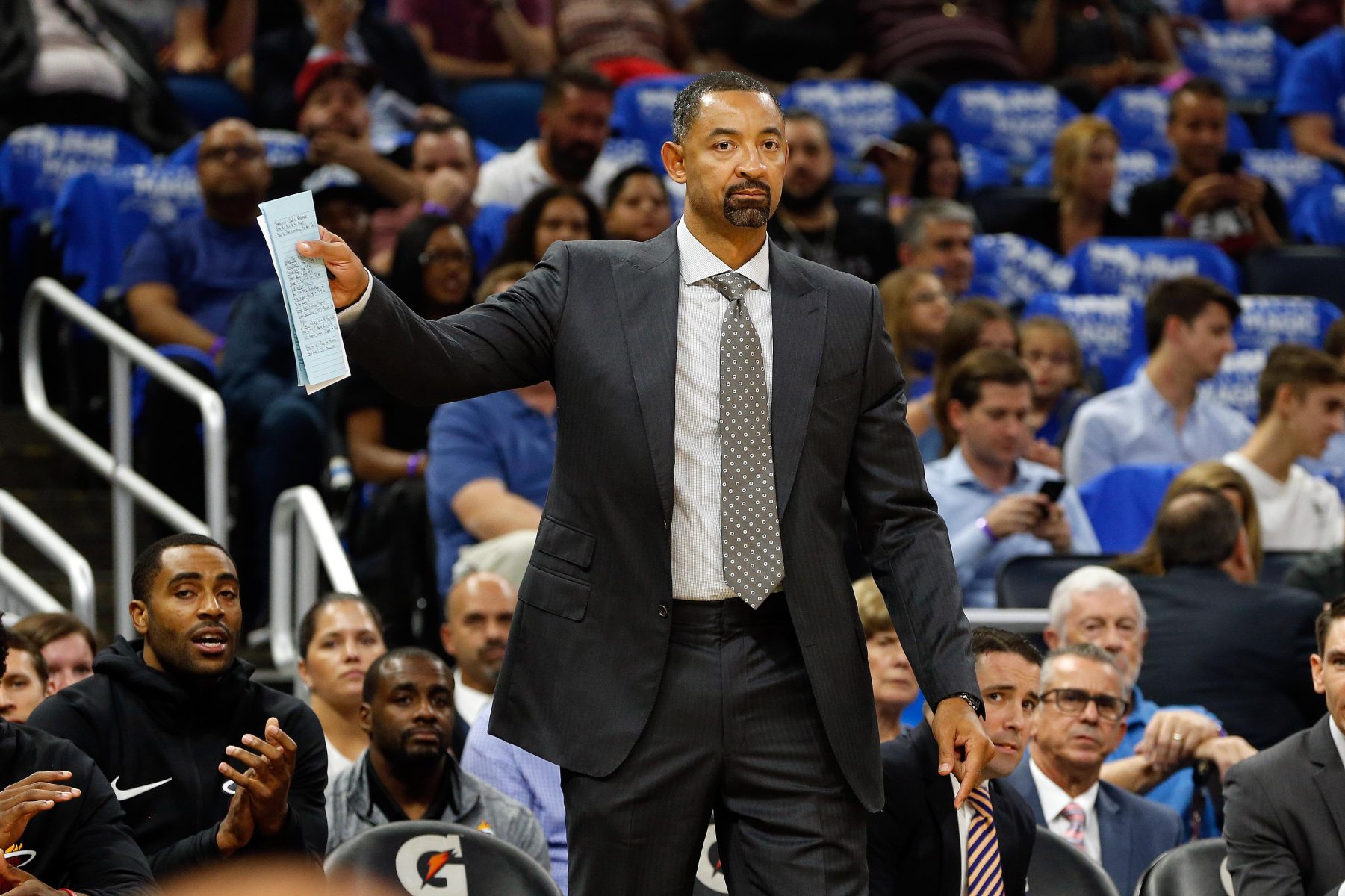 When John Beilein left the University of Michigan Wolverines to take the job of head coach with the Cleveland Cavaliers, it opened up one of the more prestigious jobs in college basketball.

If Jalen Rose’s opinion possesses any value, his former Wolverines teammate and current Miami Heat assistant coach Juwan Howard would be the person hired to replace Beilein in Ann Arbor.

Rose appeared last Friday on ESPN’s morning show, “Get Up” and offered his passionate reasoning behind choosing Howard:

“Now that there’s a vacant job in Ann Arbor, let’s do a blank canvas of actually who should be the No. 1 candidate. To me, that should be a no-brainer. There’s a guy named Juwan Howard, that’s from Chicago, which means he’s going to help recruit and market, that not only was an All-American in high school, came to the University of Michigan, was a member of the Fab Five, and he was the first person to sign their letter of intent. In theory, he also helped recruit each one of us.

“And for those that don’t know, he was always the adult in the room among us. You never saw Juwan Howard without a haircut. You’ve never seen him without a crease in his pants. You’ve never seen him undisciplined. And he was a technician out on the floor. He goes to the NBA, ultimately gets a max contract, plays a really long time, becomes an All-Star, and later in his career becomes a champion.”

During their playing days with the Wolverines, Rose and Howard were joined by Chris Webber, Ray Jackson and Jimmy King to make up the legendary quintet known as the Fab Five. In both 1992 and 1993, Michigan reached the NCAA title game.

Howard’s qualifications, according to Rose, also include absorbing plenty of knowledge during his NBA playing days and recently being in contention for three NBA head coaching jobs:

“Some of the people that he was around were bettering his career, like LeBron James, Dwyane Wade,” he said. “How about then being a coach that’s gained experience as an assistant? He’s earning his chops under a championship coach like Erik Spoelstra, an organization like the Miami Heat, and the tutelage and validity of Pat Riley.

“He’s currently being interviewed for NBA jobs — Cleveland, Los Angeles [Lakers], Minnesota, New York [last year] that have all interviewed him for head-coaching jobs. So this is just a legit beef of somebody that happens to be in the pipeline and Michigan has a head-coaching vacancy. He would be the perfect person to help embody what it took to be culturally relevant, because he helped poise the culture.”

Rose also expressed his belief that Howard would be better equipped to bring in McDonald’s All-Americans, an area in which Beilein fell short:

“The one thing he did not do, and it was a different style of recruiting, is recruit McDonald’s All-Americans. In his entire tenure there, we had a grand total of zero get recruited to the University of Michigan.

“I think Juwan Howard is the guy who could bring that back, who would be a terrific head coach, who would be terrific at developing young talent. He wouldn’t take no mess off of the players. He would own the Michigan market.”

Rose concluded by asserting that it’s now in Michigan’s hands, saying that if they really want Howard as their next head coach, they have to go get him:

“And so for a guy like Juwan, who now all of a sudden finds himself, ‘Should I take the pro job? Should I take the college job?’ I saw how the University of Michigan went after Jim Harbaugh. When they really wanted him, they went and got him.

“I think that should be the exact same thing with Juwan — you’ve got to go get him.”

Howard is one of a number of candidates who will be interviewed by Michigan’s athletic director Warde Manuel. That interview will take place on Tuesday, with Manuel’s final decision possibly coming some tine this week, according to the Detroit Free Press.
[xyz-ihs snippet=”HN-300×250-TextnImage”]