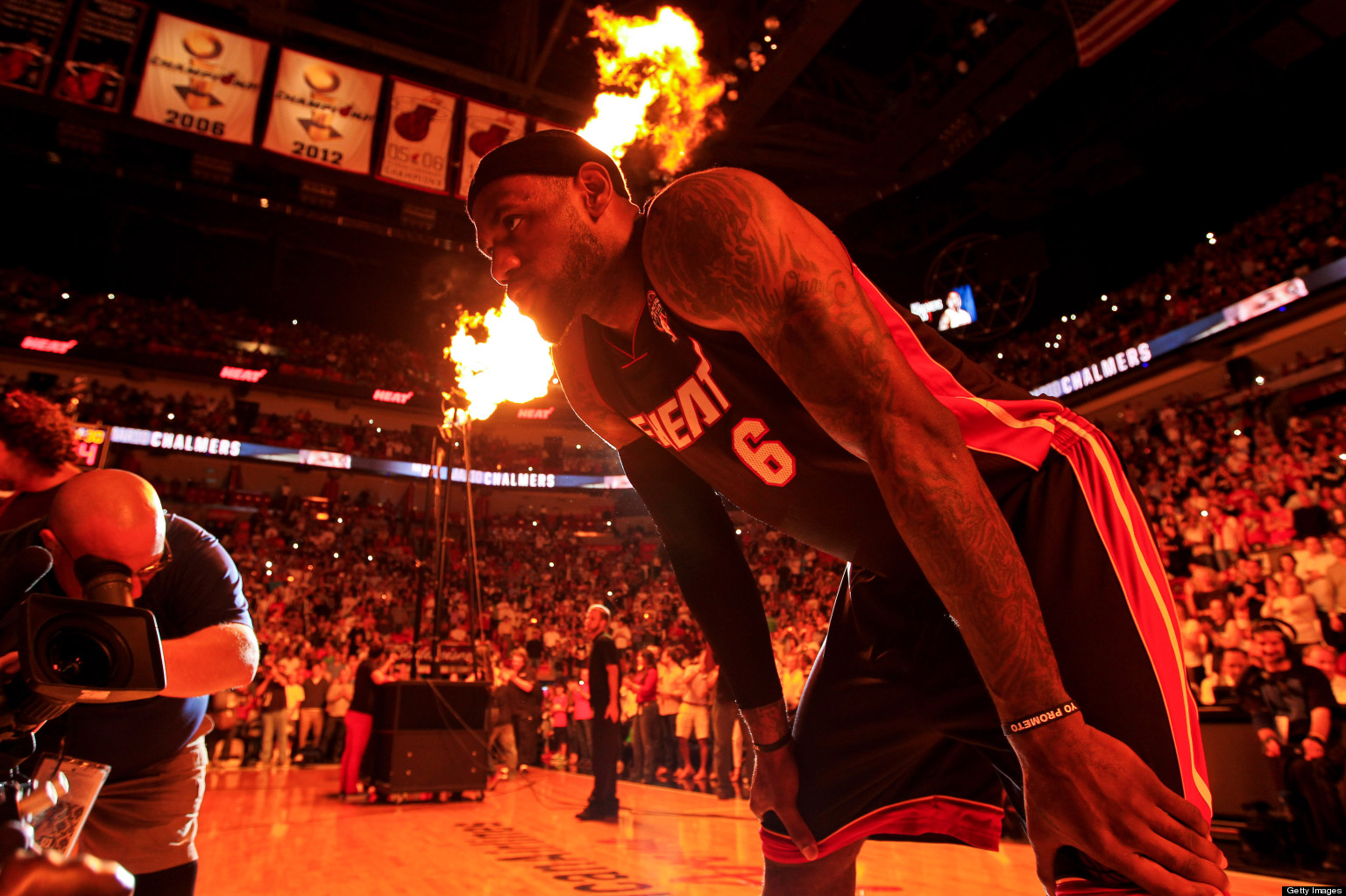 (Indianapolis, Indiana) — Game 5 of the 2014 Eastern Conference Finals will either be one of two things for the Indiana Pacers. It will either be an exhilarating chance at new life, or it will be a soul-crushing loss that renders all of their efforts meaningless. All season long, the NBA world was aware of Indiana’s desire to lock down the number one seed, but clearly, not even that appears to be enough to stave off a Miami Heat team that looks indefensible. The Indiana Pacers sit in a 3-1 hole—right on the brink of elimination. You can’t find more of a “must-win” game than this one if you’re an Indy fan.

Game 4 was an absolute clinic in every sense of the word. Despite the game officially going down in the books as a 12-point win for Miami, anyone who watched it knows how badly Indiana performed despite the rather pedestrian margin of victory. Yeah, it was a 12-point win for the Heat, but it felt like a 30-point win. The Indiana Pacers never led for any moment of that game, and it felt as if the game was over right out of the gates.

Chris Bosh exploded right from the start of Game 4 and finished with 25 points after a rough stretch of shooting in prior games. Going into Game 5, if Bosh can continue to stretch the Pacers out with his shooting, it’s going to be another easy win for Miami. Bosh’s perimeter shooting opens so many lanes up for Miami, and open lanes mean more late rotations and more fouls in the long run for Indiana.

Speaking of fouls, Miami won the freethrow battle in Game 4 earning 34 free throws compared to Indiana’s 17, but the Pacers could never match Miami’s aggressiveness throughout the contest. Officiating will be a huge determinate of victory going into Game 5. If Indiana is allowed to play physical basketball and bully Miami—as the home team tends to do—it will play right into their hands.

Indiana, despite only having 14 turnovers for Game 4, played way too much aimless, running-like-a-chicken-with-its-head-cut-off basketball. The few stretches where Indy had any tempo or flow offensively were the instances in which they fed David West in the paint. Miami excelled at pressuring ball handlers and forcing their wings into rushed shots. For every blocked shot Miami tallied, many more were changed by Miami’s ball pressure and defensive presence.

Indiana desperately needs Paul George and Lance Stephenson to show up. Yes, they combined for 32 points, but it had little impact in the overall game plan. Most of their shots were off of isolation or broken possessions, in other words, it was fools gold in the grand scheme of the game—some call it stat stuffing. There were few impactful plays from Indiana whatsoever, and they will have zero chance of winning game five if Roy Hibbert puts up another donut in the scoring column. The fact that Hibbert is the biggest player on the floor and can’t even draw a foul or finish a putback is simply atrocious for a supposed All-Star caliber performer.

However, the credit should go to Miami for denying the post and forcing Indiana to play uncharacteristic. The pace of the game wasn’t incredibly quick, but Miami simply attacked the rim relentlessly, and every single player on the Heat except for Rashard Lewis tallied at least one field goal. It was the epitome of team basketball for Miami.

At the risk of belaboring the importance of Game 5, big-time players understand when you have to take over. LeBron James did just that in Game 4. He poured in a highly efficient 32 points on 62-percent shooting, and he snatched 10 boards and dished out five assists. Dwyane Wade quietly scored 15 points, and after a great performance in Game 3, he sat back and allowed for LeBron to shine. After Lance Stephenson claimed he had successfully gotten in his head (via MiamiHerald.com) prior to Game 4, LeBron absolutely obliterated any concept of intimidation from the likes of Stephenson.

After the Game 4 victory, LeBron had the final word on the Lance debacle saying, “I don’t need any motivation, I’m motivated enough trying to get back to the Finals. That’s motivating enough. Being one of the leaders of this team, I have to do my job and do my part to help us win. That’s what it’s all about. Do I find him comical? Nah, I got a smirk out of it.” (via SportsIllustrated)

LeBron has strung together multiple solid efforts, and he seems primed for yet another performance in Game 5. LeBron knows how vital rest will be for his team especially considering how close they are to the NBA Finals. Already, the Heat are beginning to see the results of wear and tear.

According to ESPN.com, veteran sharpshooter Ray Allen and shot swatting energizer Chris Andersen are both listed as questionable for Game 5. Even without the aforementioned Andersen, Miami cruised to an easy win this past Monday, but possibly losing Allen is troubling. Ray has been the biggest x-factor for Miami, and his backbreaking three-pointers and clutch shooting have continuously acted as proverbial daggers in the hearts of failed Indiana comebacks. Allen did not have a great Game 4 going 2-for-8 from the field with 9 points, but on the road in Indianapolis, they’re going to really miss his veteran presence and big-time shotmaking ability.

This means the onus is on a Mario Chalmers or Norris Cole to step up and replace his output. Indiana will not go down easily on their home floor. It doesn’t have to be either of the Heat’s young guards, necessarily, but they need someone to step up and replace that extra 10 or 12 points Allen might give you that off of the bench. Whether or not Dwyane will be more aggressive in this game remains to be seen, but the fact Bosh looked in rhythm is a great sign heading into Game 5.

It’s games like these where you depend on your superstars, and there’s no question LeBron James and company are up for the challenge.

“We don’t want to come back for Game 6,” James said (per ESPN.com). “We love our fans, obviously. We love being in Miami, but we want to try to close it out. But we’re going to have to work for it. It’s not going to be easy, not against this team.”

The oddsmakers agree with LeBron’s sentiment.

Indiana is only a two-point home underdog against the visiting Miami Heat, and the game tips off Wednesday night in Indianapolis at the Banker’s Life Fieldhouse.