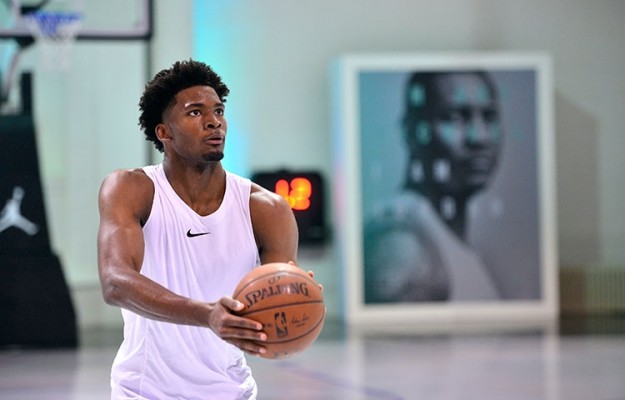 Justise Winslow made his Miami Heat debut in the team’s 92-76 victory over the Indiana Pacers during the 2015 NBA Summer League, and he was nothing short of solid.

The No. 10 overall pick started the game and closed with 15 points on 4-of-8 shooting with three assists in 27 minutes of playing time. Winslow, who won a National Championship at the University of Duke in his freshman season last year, commented that he felt no jitters in his pro debut.

“Everything felt natural. I was ready for today. I woke up ready & excited.” – @iamjustise on playing in his 1st game pic.twitter.com/edM0QFCEz9

The rookie small forward led all Heat players in points. He also led all players with an astonishing plus-28 plus/minus rating for the game. Winslow was also 6-of-8 from the free throw line.

Dan Craig, Miami’s summer league coach, had nothing but glaring praise for the 19-year-old:

“He was very solid and locked in on both sides of the floor. He did a good job communicating with his teammates. I just thought it was a great overall game for him.”

The solid overall effort and calm demeanor by Winslow has to make Pat Riley proud of his decision in selecting the Duke product with the Heat’s first-round selection.

Next up for Miami will an afternoon contest with the Brooklyn Nets scheduled for 5 PM EST on Sunday. The game will be broadcast on NBA TV.
[xyz-ihs snippet=”Responsive-Ad”]