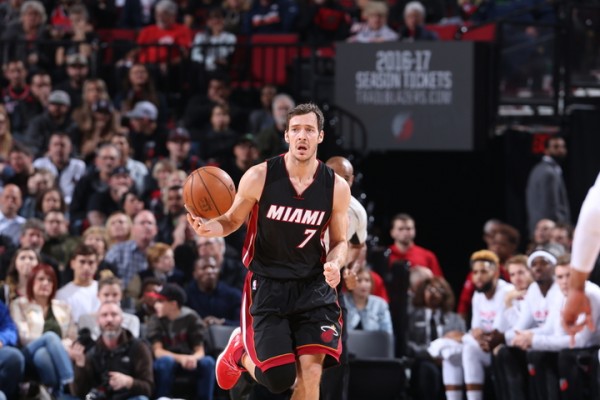 With Miami Heat star center Hassan Whiteside (right retinal contusion) and sophomore Justise Winslow (shoulder) not traveling for the start of team’s six-game road trip, the team has announced that starting point guard Goran Dragic will most likely return on Tuesday night against the Phoenix Suns.

#MIAvsPHX INJURY UPDATE: Goran Dragić (back) participated in this morning's team shootaround & will warm up with the intent to play tonight.

Dragic, 30, has been dealing with back spasms for the past week. However, after missing two games, the veteran looks ready to return to action against his former team. This is an encouraging sign for the Heat, who have been 1-7 without their starting point guard this season. The former All-NBA Third Team guard is averaging a team-high 18.8 points and 6.6 assists per game.

While Dragic will return, shooting guard Dion Waiters (groin) will not. Although there was some optimism that Waiters would make his highly anticipated return, the 25-year-old ruled himself out after speaking with team’s trainer and Heat head coach Erik Spoelstra.

In addition, forward James Johnson, who’s played a big role for the Heat, is a game-time decision against the Suns. The veteran, who has yet to miss a game this season, missed shootaround with an illness. Johnson is coming off of two straight 20-point games and is putting up a career-high 11.3 points and 5.0 rebounds a game this season.
[xyz-ihs snippet=”Responsive-ImagenText”]