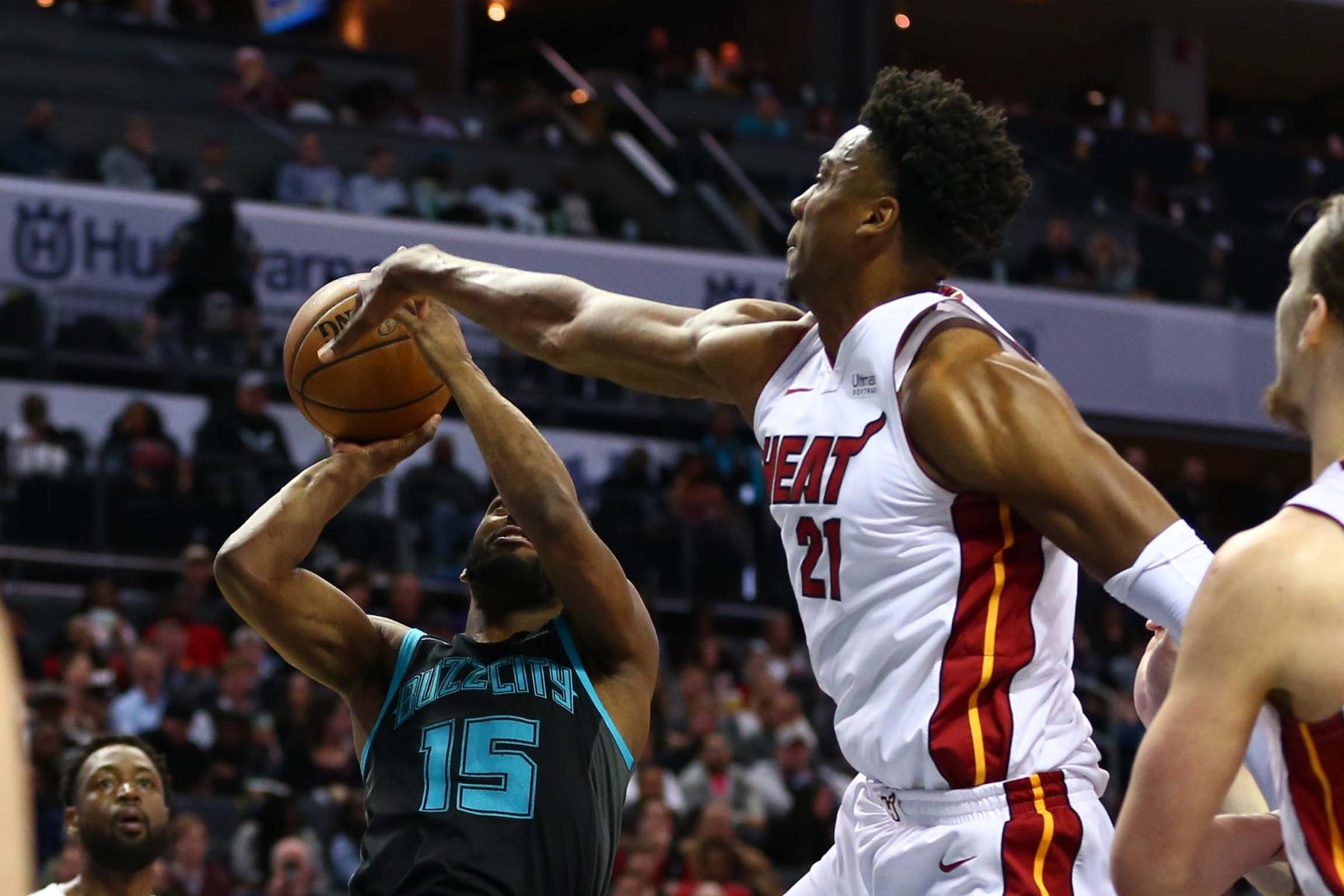 Hassan Whiteside has played in two games since returning from a hip injury. And he’s come off of the bench for the Miami Heat in both of those games.

Whiteside has been impressive in that role. In Wednesday’s victory over the Charlotte Hornets, the center had 18 points, 15 rebounds and four blocked shots, and was arguably the most important player for the Heat.

After the game, Dwyane Wade praised Whiteside for his attitude in the new role. Wade called his teammate “totally focused” and added that Whiteside “hasn’t said a word” about being a reserve.

“He’s coming out doing whatever it takes,” Wade said. “We don’t win this game without what he brought. I haven’t played with him like this in a while; it was good for me and him to have that connection and getting back out there playing together. Game ball goes to him tonight for his efforts on both ends of the floor.”

Whiteside displayed that good attitude after the game. He stressed that he was fine with a bench role, just wanted to impact the games, and would follow coach Erik Spoelstra’s lead.

Spoelstra was impressed by Whiteside, and also by the player Whiteside was backing up, Bam Adebayo. They were the key contributors in a low-scoring, old-school game.

“In those type of games, you have to roll up your sleeves and just find a way to make some plays and get some things done,” Spoelstra said. “And our bigs were the ones who really moved the needle on that.”

It remains to be seen whether Whiteside will get his starting role back, or if he’ll continue to come off the bench. Whatever happens, it looks like he’s ready to make an impact and help the Heat win games.
[xyz-ihs snippet=”HN-300×250-TextnImage”]