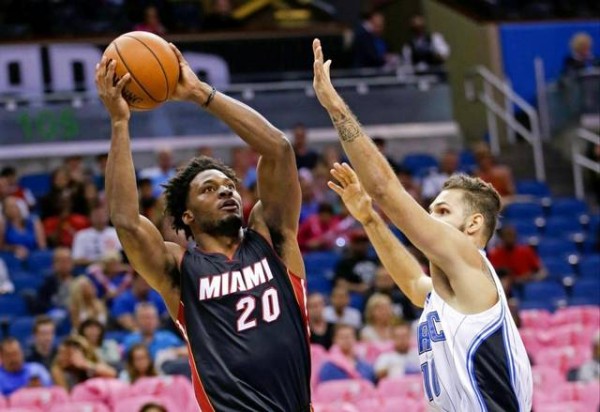 The NBA preseason is set to tip off in less than two months and the Miami Heat have officially released their 2016-17 preseason schedule. The Heat will play nine games from October 4th to October 21, 2016.

Here is the official schedule release:

Of the nine preseason games, the Heat will only be hosting three matchups at American Airlines Arena. The preseason will serve as a crucial period for the many young Heat upstarts that are looking for a chance to prove themselves.

One thing to look out for is the position battle between Tyler Johnson, Josh Richardson and Dion Waiters. Each shooting guard will battle to earn a starting role and a decision will likely be made by the time the regular season kicks off at the end of October. Currently, Waiters is reported to have an “inside track” on the starting shooting guard job.

In addition, it will be interesting to see which of the handful of backup power forwards stands out in preseason play. Miami currently has a total of eight power forwards signed and will likely trim that number down to start the regular season. Expect Derrick Williams, Willie Reed and James Johnson to use the exhibition games as a stage to stand out and prove they’re worth the contracts they recently signed with the team. One of them may even land a starting role at the four spot if Chris Bosh is not ready to return by the time the season begins.
[xyz-ihs snippet=”Responsive-ImagenText”]