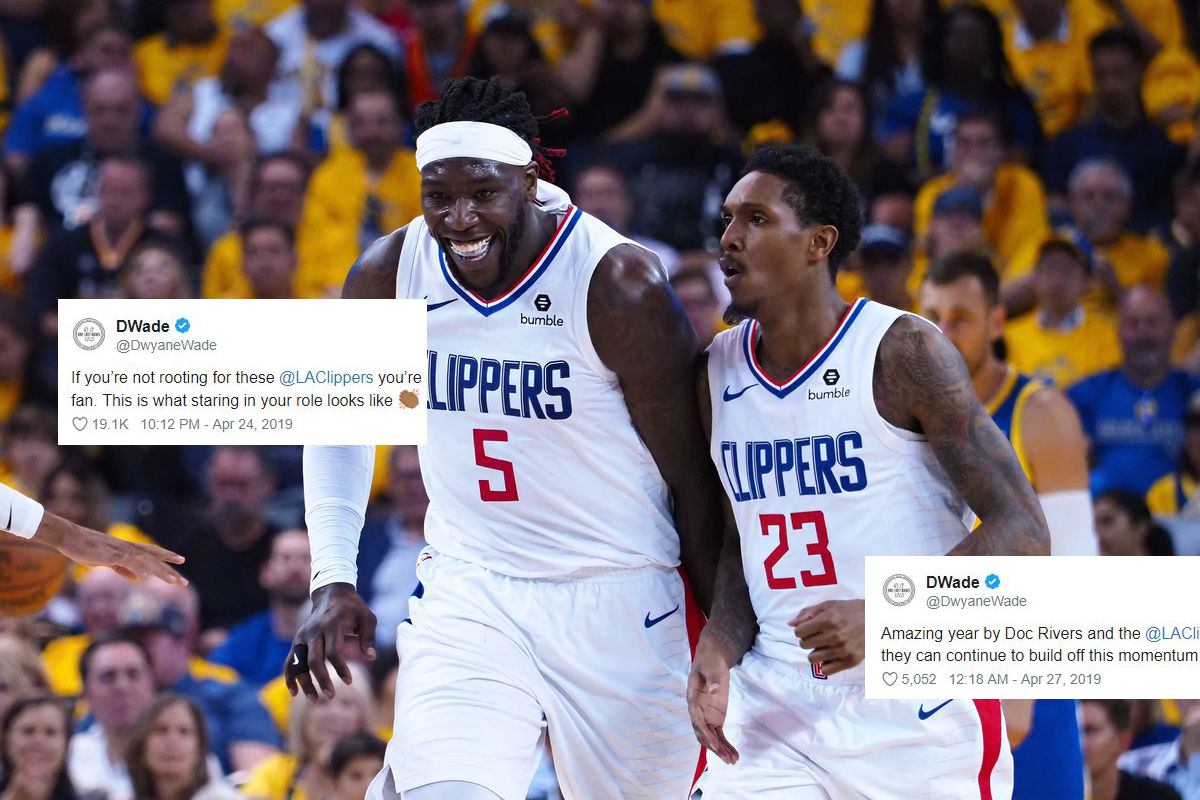 Dwyane Wade may have made his legacy with the Miami Heat, but he’s a fan of the Los Angeles Clippers.

After the Clippers surprisingly pushed the defending champion Golden State Warriors to six games, Wade took to Twitter to congratulate the team.

Wade specifically praised coach Doc Rivers, who coached against the Heat in many important games while with the Boston Celtics. The 13-time All-Star hopes that Los Angeles can build on a strong year.

Amazing year by Doc Rivers and the @LAClippers as a fan i hope they can continue to build off this momentum going forward.

A few days prior, while the series was still ongoing, Wade had praised the Clippers for the selfless style of play the team employs.

If you’re not rooting for these @LAClippers you’re a golden state fan. This is what staring in your role looks like ??

Los Angeles won two games against Golden State, which is two more games than most people expected. The Clippers weren’t even expected to make the playoffs this year.

Wade may get his wish with the team building on its momentum. The Clippers have a lot of cap space, and will be an enticing option for many top free agents.
[xyz-ihs snippet=”HN-300×250-TextnImage”]