Don't Miss
Home / Editorials / Why the Miami Heat are going all in on a .500 roster

Why the Miami Heat are going all in on a .500 roster 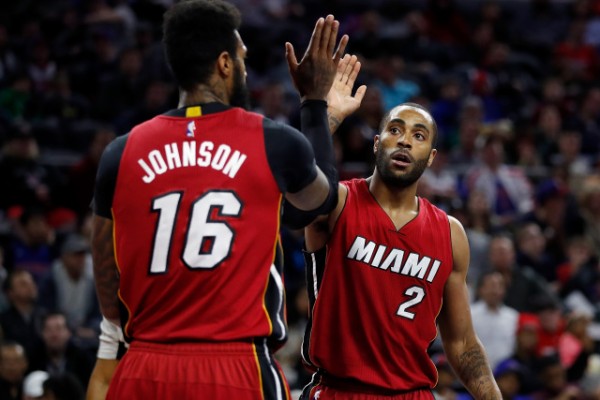 The Miami Heat haven’t made much of a splash during the current NBA offseason, but they have managed to re-sign many of the players who were instrumental in last year’s campaign.

Dion Waiters and James Johnson both re-signed and will continue their careers in Miami. The Heat also re-signed longtime and beloved veteran Udonis Haslem and opted to retain Wayne Ellington.

While holding on to both young and veteran talent is a key aspect of any successful team, some fans have wondered why the Heat weren’t able to make bigger moves this offseason. The Palm Beach Post‘s Anthony Chiang took questions during a fan mailbag and clarified why re-signing players that were part of last year’s 41-41 record team was the right move.

“Good question. Pat Riley hasn’t exactly made a name for himself by investing in mediocre teams. But the Heat don’t see this as a .500 team. Riley and the rest of Miami’s front office believe in this roster,” Chiang began. “They believe last season’s 30-11 finish is a better indication of what this team is than the 11-30 start. This is why the Heat were compelled to sign Dion Waiters and James Johnson to four-year contracts, and why they felt they needed to retain Wayne Ellington. The front office believes this roster can compete for a top-four seed in the Eastern Conference and battle for home-court advantage in the first round of the playoffs.”

Chiang went on to quote comments that Riley made following Gordon Hayward‘s decision to sign with the Boston Celtics over the Heat last month.

“After Gordon Hayward passed on the Heat to sign with the Celtics, this summer was about signing players to contracts that the Heat believe make them assets. Just take a look at what Riley said after free agency about the current roster: ‘I think the team deserves a chance to grow organically and I think even though we have some long-term contracts, they are assets. We don’t look at our players like assets, but they are assets. If something comes along somewhere along the way, there are opportunities to do other things. I don’t have plans to do that, but you need those kinds of assets.’ So you may call it going all-in, but the Heat call it collecting assets. Assets that Miami can later use to help improve the roster via trade.”

Recent allegations that Kyrie Irving may be headed to Miami seem to prove Riley’s approach. It’s quite possible that the Heat’s depth is what attracted Irving to Miami in the first place. The multiple talented “assets” that the Heat are able to offer could also be what ultimately convinces the Cleveland Cavaliers to part ways with their disgruntled point guard.

Since the advent of the “superteam,” much of the NBA has been forced into either win-now or rebuild mode. The Heat are taking a more traditional route and are building a playoff team from the ground up. Riley’s track record proves that he will eventually succeed in attracting a marquee talent to Miami, it may be Irving, it may be someone else, but until then, the organization clearly believes in the pieces they have put together.
[xyz-ihs snippet=”HN-Native-EndofArticle”]