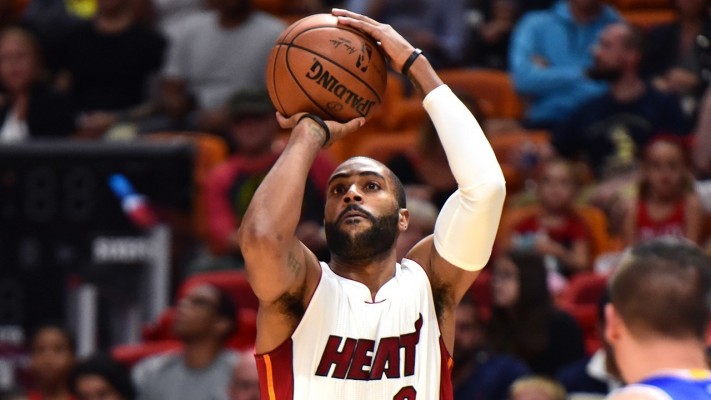 The Miami Heat have decided to bring back one of their three-point snipers from last season, as the team picked up shooting guard Wayne Ellington’s $6.27 option for the 2017-18 season. The 6-foot-4 guard made $6 million in his first season with Miami.

The move was made possible due to the Heat shedding $6 million owed to former power forward Josh McRoberts, who was traded to the Dallas Mavericks along with a second-round pick and cash considerations on Thursday.

Ellington joins a list of Heat players who have decided to re-sign with a team that went 30-11 in the second half of the 2016-17 NBA season. That list includes Dion Waiters and James Johnson in addition to new recruit Kelly Olynyk.

The three-point sniper put up 10.5 points per game last season, including a 37.8 percentage from three-point land.
[xyz-ihs snippet=”HN-Native-EndofArticle”]