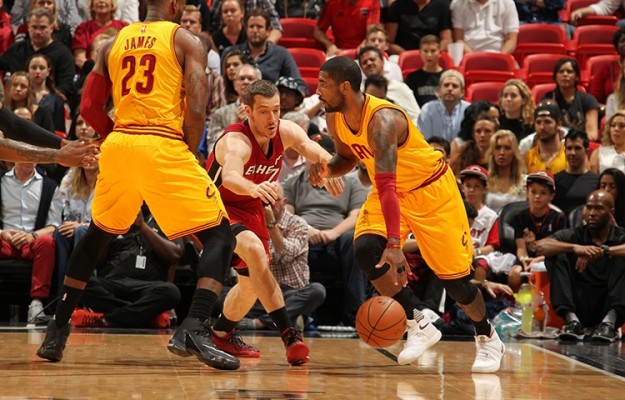 ESPN’s Brian Windhorst reported on Friday afternoon that Cleveland Cavaliers point guard Kyrie Irving wants to be traded from the Cavs due to him wanting to be the focal point of a team.

Teammate LeBron James was apparently “blindsided and disappointed” as other members of the Cavs have also recently found out about Irving’s request.

Now, ESPN’s Chris Haynes is reporting that one of Irving’s four preferred trade destinations is the Miami Heat.

According to Ira Winderman of the Sun Sentinel, Irving’s agent has a very close relationship with Heat brass as well.

I would say the chances are that every team is in play right now. His agent has a very close relationship with the Heat. https://t.co/79vPVp4ZxH

The Heat are in desperate need of a superstar player than can take them over the top, and Irving would make a perfect fit. The question is however, who would the Heat need to give up in order to land a “whale” like Irving?
[xyz-ihs snippet=”HN-Native-EndofArticle”]

Featuredkyrie irvingNews Ticker
← Previous Story Report: Sources Reveal Where Dwyane Wade Is Most Likely to End Up If Bought Out
Next Story → Report: Sources Detail What Miami Heat Could Offer for Kyrie Irving