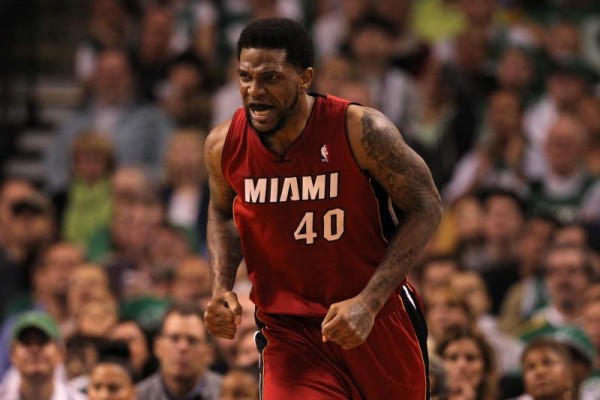 The career of Udonis Haslem appears to be ready to continue where it started, with the Miami Heat, after the veteran power forward reportedly signed a one-year contract on Thursday.

The 6-foot-8 Haslem, who was born and raised in Miami, turned 37 last month and has spent all 14 of his previous NBA seasons with the Heat. He was originally signed as a free agent by the team in 2003, one year after he completed four seasons as a member of the University of Florida Gators.

During the first six seasons of his NBA career, Haslem was primarily a starter for the team. With the exception of the 2012-13 campaign, when he started 59 of 75 games, Haslem has since come off the bench for the Heat. While he has career averages of 7.8 points and 6.9 rebounds per game, his numbers have dropped considerably in recent years as the Heat’s captain has become more of veteran role model and locker room presence.
[xyz-ihs snippet=”HN-Native-EndofArticle”]