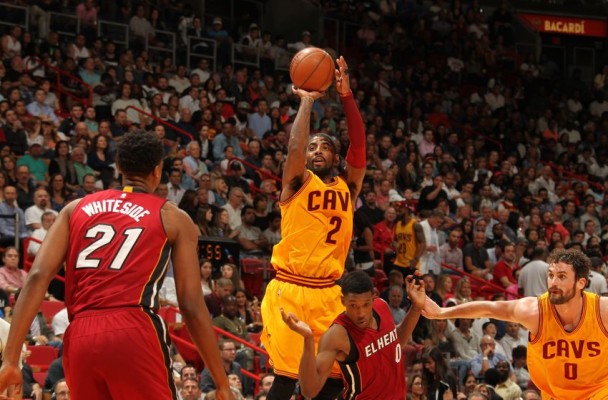 It remains unclear who the frontrunner to land disgruntled star Kyrie Irving is. While many teams have voiced interest, they have been reluctant to commit to trading for the young All-Star, who has publicly stated that he may not immediately sign an extension with the team he is traded to.

One team Irving could sign an extension with, however, is the Miami Heat, as Irving previously included the Heat on his list of preferred destinations. According to ESPN’s Ramona Shelburne, the Heat may be willing to bet on that as she joined “The B/R Mag Show” to express her belief that Irving will soon be calling Miami home.

This is not the first time an NBA analyst has listed the Heat as the most likely destination for Irving. Thanks to mutual interest, and the Heat’s ability to offer valuable pieces to the Cleveland Cavaliers while not completely decimating their talented core, a trade seem increasingly possible.

A lot must take place before Irving can become a member of the Heat, but if the experts are to be believed, it could only be a matter of time.
[xyz-ihs snippet=”HN-Native-EndofArticle”]