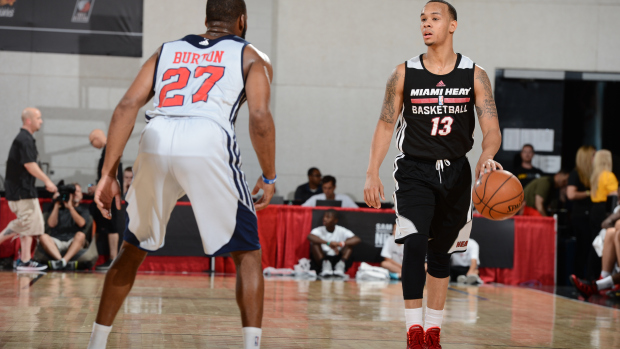 Napier was ruled out for the last two weeks of the regular season after undergoing sports hernia surgery at the beginning of April.

Before his season-ending injury, the former first-round draft pick averaged 5.1 points and 2.5 assists in 51 appearances. He even started 10 games during his rookie season.

However, the 23-year-old point guard had many growing pains as he was demoted to the D-League on a couple of occasions.

Summer league was supposed to be the time for Napier to show that he’s healthy and improved, but the sports hernia injury is still limiting the young guard. He did not play in the first two summer league games.

Napier should play a pivotal role off the bench for the Heat next season, so his health and improvement during the summer will be worth watching.

Next: Every Game Will Be Broadcast on TV