8. What Does Zoran Dragic Really Have? 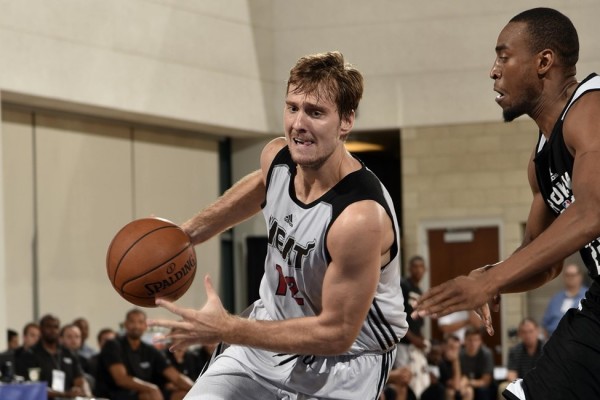 Dragic was acquired in February at the trade deadline along with his brother Goran from the Phoenix Suns. While Goran clearly became the team’s second offensive option during the last half of the season, Zoran remained on the bench.

Zoran played 62 total minutes in nine appearances for the Heat. 41 of those minutes were played in the season finale in which the 26-year-old shooting guard started. He scored 22 points, went 9-of-17 from the field, and showed off his three-point shooting stroke going 3-of-7 from beyond the arc.

In the Heat’s summer league win over the Nets, the younger Dragic hit a couple of three-point shots en route to nine points on the game.

It’s clear from his limited minutes that the 26-year-old guard has more of a shooting stroke than his elder brother, Goran.

However, beyond 62 minutes of playing time in the regular season and a couple appearances in summer league, not much is known about the younger Dragic.

Now is the time to find out.

Next: Has Shabazz Napier Recovered After Sports Hernia Surgery?