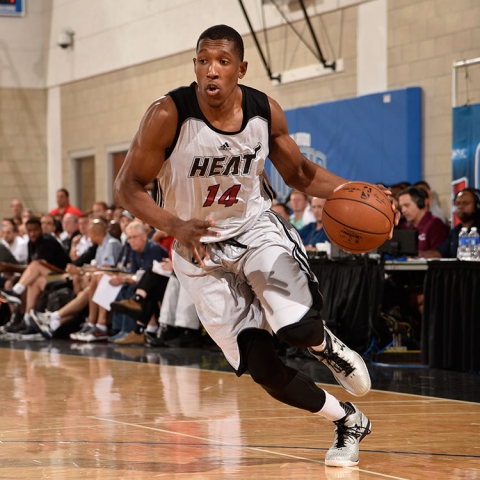 While all of the focus is understandably on Winslow, many people are sleeping on the Heat’s second-round draft pick, Richardson.

The 6’6″ shooting guard was selected with the 40th overall pick. Expectations are low because he was a late pick—if he even makes it to the 15-man roster on opening day, that will be considered a success for the University of Tennessee product.

Through two games in summer league, Richardson is averaging eight points, three steals and two blocks in 23 minutes per contest.

In his first game versus the Pacers, the young guard went 9-of-9 from the charity stripe. He commented on his effort during the postgame:

“I play hard every possession. I think I can bring something to this team.”

If he can bring something to the Heat during the regular season, Pat Riley will have struck gold with his decision to select Richardson in the second round.