6. Big Signings Are Over for the Heat 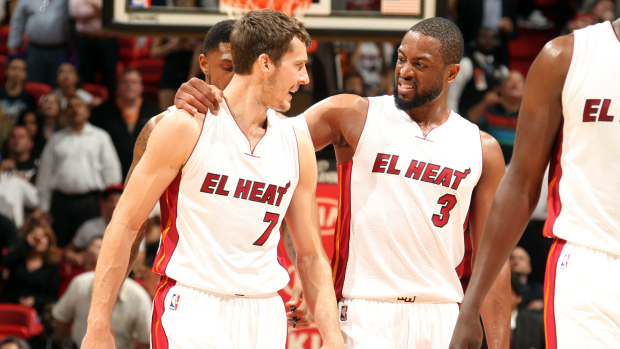 The drama is over—Dwyane Wade is back with Miami. So is Goran Dragic and Luol Deng.

Now that that is out of the way, the only storylines left to watch for Heat fans are bargain signings and potential trade rumors involving Mario Chalmers, Josh McRoberts and Chris Andersen.

So since we know what the Heat’s starting lineup will look like in 2015-16, we might as well watch for young bucks who could end up being the next Johnson and Ennis for the upcoming season.

Coach Erik Spoelstra spoke of the desire to find a gem in this year’s class:

“Let’s see if we can uncover somebody like Tyler Johnson. We thought he would just be a filler, and that’s no disrespect to him, but he emerged…We’re always open to finding someone like that.”

Next: NBA Rookies Across the League