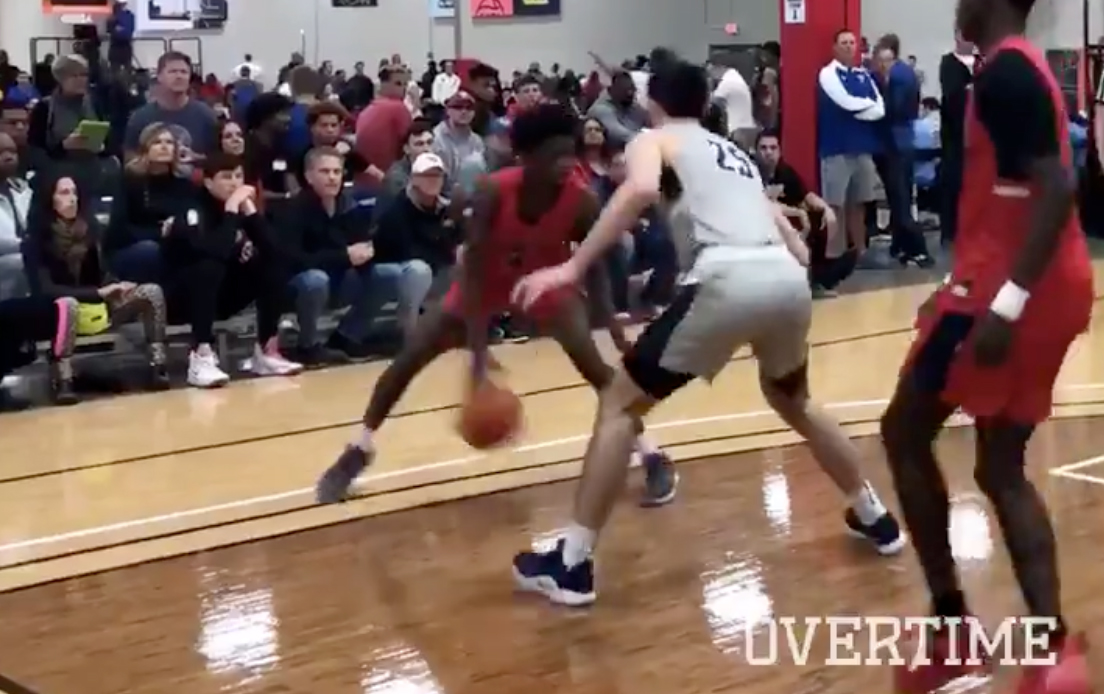 While Dwyane Wade has officially called it quits on his basketball career, it might not be too long until another Wade is lighting up the scorecards in the NBA.

Zaire Wade, Dwyane Wade’s 17-year-old, is gaining solid notoriety as an incoming high school senior, and in a recent video, the wiry guard was seen putting a defender on skates to set up his own shot.

Zaire Wade has long been known as a talented prospect, and his notoriety has been gaining steam as of late. Just last week, he announced that he had received official offers from both the University of Rhode Island and DePaul University.

While it will still be quite some time before fans know if Zaire Wade is a true NBA prospect, it’s clear that his talents are going to take him to the collegiate level once he concludes his high school career next spring.

If these new moves are any indication, it seems he is destined to follow in his father’s footsteps to one day play in the NBA.
[xyz-ihs snippet=”HN-300×250-TextnImage”]