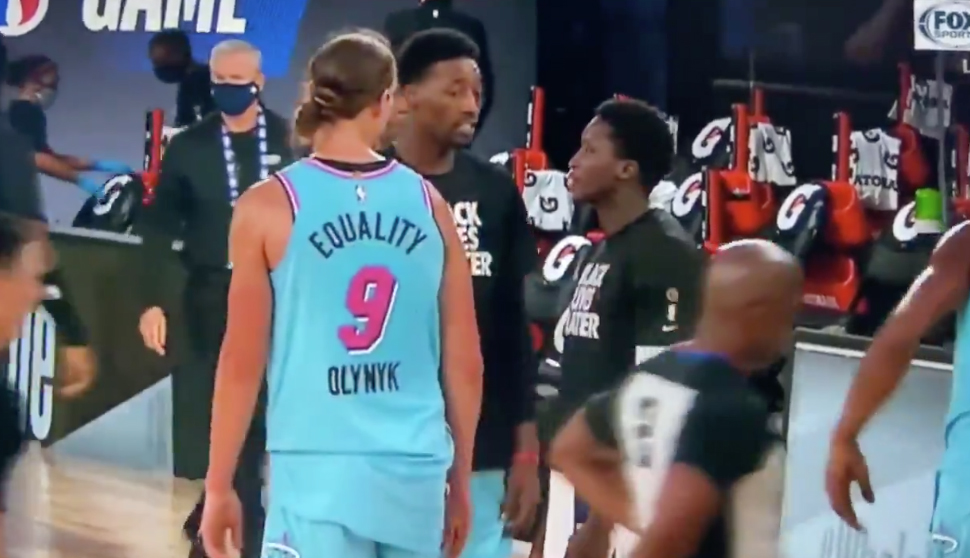 It is not a big secret that Indiana Pacers guard Victor Oladipo and the Miami Heat have mutual interest in each other.

Oladipo is scheduled to become a free agent after the 2020-21 season, but that didn’t stop him from being extra friendly with members of the Heat after they destroyed the Pacers 114-92 on Monday.

While Jimmy Butler and T.J. Warren matching up again was the key storyline heading into Monday’s matchup, Oladipo may have stolen the show.

There have been reports that Miami is the frontrunner to land the 28-year-old shooting guard after next season.

The Heat have been attempting to save cap space to make a run at Oladipo or Milwaukee Bucks superstar Giannis Antetokounmpo.

Oladipo was the Pacers’ leading scorer on Monday, though he only had 14 points. The win gave the Heat an inside track to the No. 4 seed in the Eastern Conference.

Oladipo is a two-time All-Star and has career averages of 17.4 points, 4.6 rebounds and 3.9 assists per game.