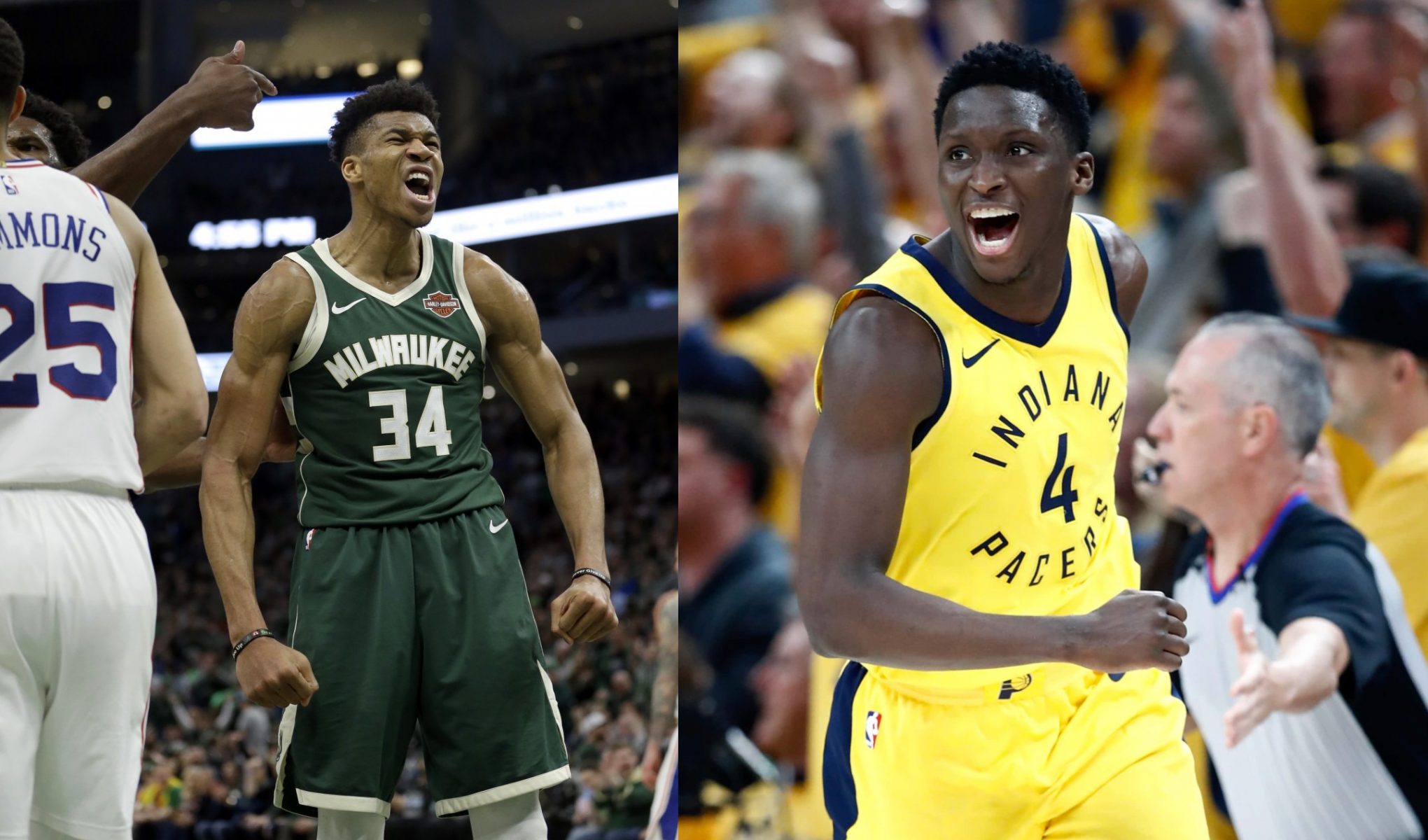 Reports have indicated that the Miami Heat will be making every effort to pursue Milwaukee Bucks star Giannis Antetokounmpo and Indiana Pacers star Victor Oladipo when 2021 free agency arrives.

In fact, it looks like the Heat want the rest of the league to know about their plans.

NBA insider Shams Charania appeared on Complex’s “Load Management” podcast earlier this week and indicated that the Heat have “made it known” that Antetokounmpo and Oladipo will be in their sights if they end up becoming free agents in 2021.

Both players will be among the most sought after talents that offseason, with the Heat in prime position to sign at least one of them thanks to their bountiful cap space.

Coming off of an MVP season, the 25-year-old Antetokounmpo has managed to improve on last year’s numbers. In addition to averaging 29.6 points, 13.7 rebounds, 5.8 assists, 1.0 block and 1.0 steal per game this season, he’s also been connecting more from beyond the arc with a career-high 83 3-pointers.

The 28-year-old Oladipo suffered a severe knee injury during the 2018-19 season and was still trying to get back to his previous production level when play was suspended on March 11.

Given that injury and his advancing age, Oladipo might be a player that some teams won’t want to invest the amount of money it would take to sign him.

In the end, the Heat may not even get the opportunity to sign either player, since the two stars also have the option of re-signing with their current teams.

With respect to the Heat, they had a 41-24 record when play was suspended and are in solid contention for the NBA title when play resumes on July 31.

However, they know that any championship effort down the road would be aided considerably by adding either Antetokounmpo or Oladipo, which helps explain their focus on acquiring them.