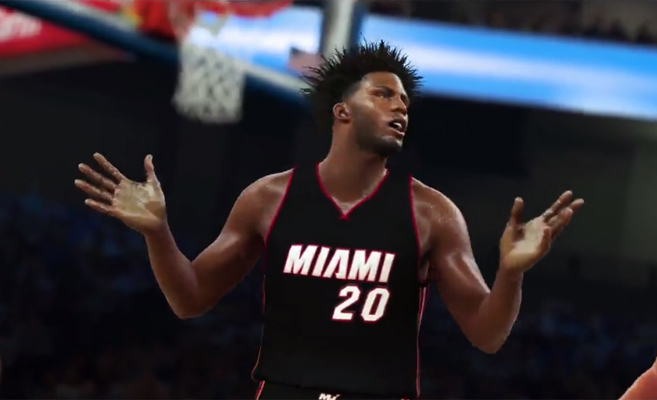 The NBA 2K17 trailer has been released. With the hashtag #FRICTION, this highly entertaining, diverse video shows off 3D court intros, intense celebrations and new players on different teams to name a few.

One of the highlights of the video is former teammates Russell Westbrook and Kevin Durant fighting for the ball. Another clip Miami Heat fans will appreciate briefly shows Heat forward Chris Bosh clapping his hands together in addition to sophomore Justise Winslow playing some defense.

Check out the whole video below courtesy of NBA 2K’s twitter page:

For the first time since 2K13, basketball fans around the world will get to play with the 1992 USA Dream Team. It’s a pre-order bonus but it can also be bought separately in regular editions. Also, other international teams, such as Spain and Italy, will be included in the project this year.

The best-selling video game franchise releases the coveted game on Sept. 20 and pre-orders get the game on Sept. 17. Indiana Pacers star Paul George, as seen multiple times in the video, will grace the cover of the game this year for the first time.
[xyz-ihs snippet=”Responsive-ImagenText”]