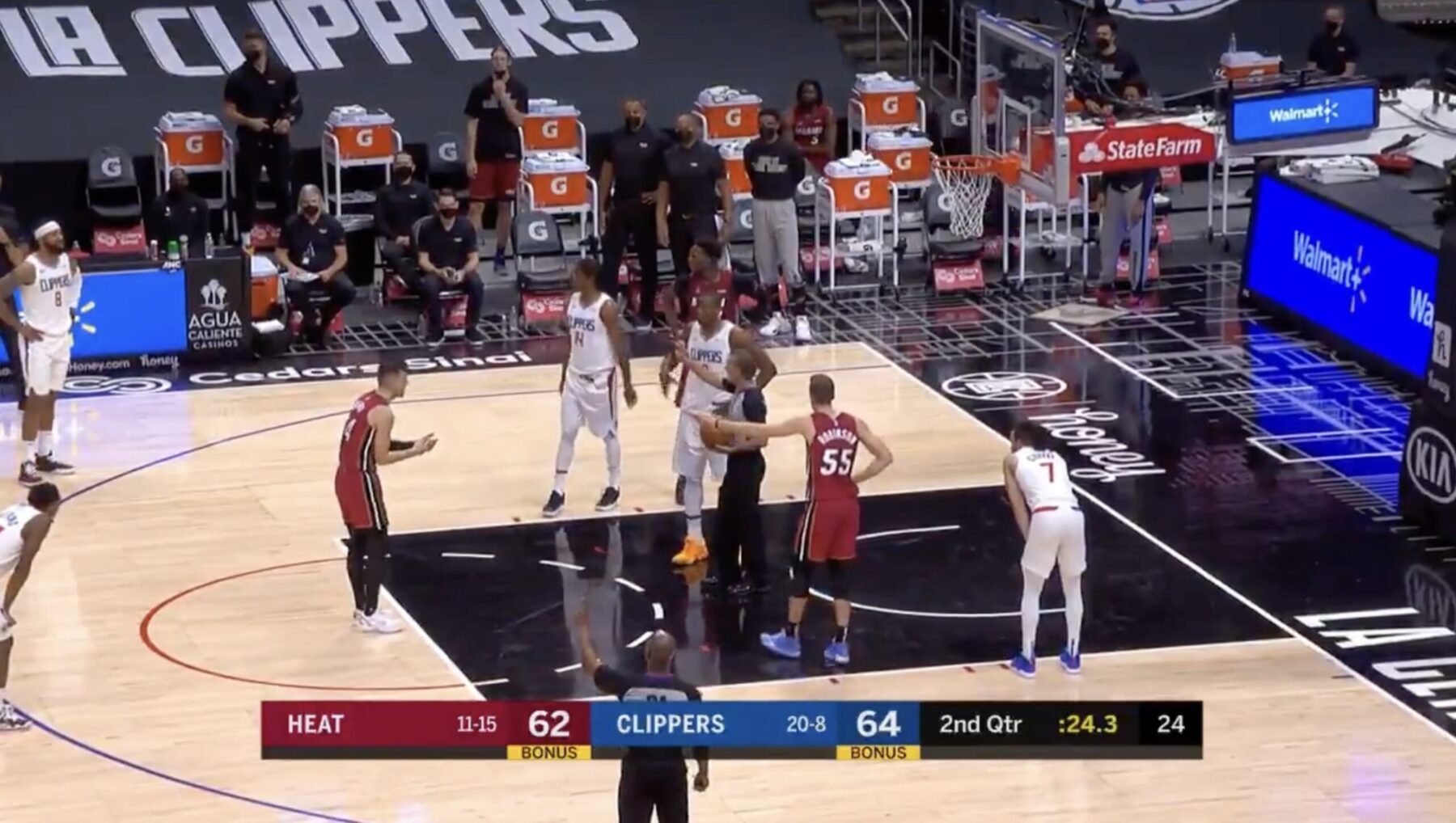 The Miami Heat are engaged in a competitive battle against the Los Angeles Clippers in Southern California.

Near the end of the first half, Heat guard Tyler Herro appeared to take a practice free throw, but he didn’t get away with it.

Tyler Herro tried to sneak in a practice free throw and it counted as a miss 🥴 pic.twitter.com/r63pNIrIik

The Heat are 11-15 and have an opportunity to get into the thick of the Eastern Conference playoff picture, especially as teams such as the Boston Celtics are inexplicably struggling.

Miami has even more of an opportunity to gain ground tonight as the Clippers are very shorthanded. The team is without All-Stars Kawhi Leonard and Paul George, as well as starters Patrick Beverley and Nicolas Batum.

Herro had a tough time in January, particularly with his 3-point shooting, but over the last several games he has started to look like his old self again.

His improved play has come in spite of being moved to the bench by head coach Erik Spoelstra.

Through three quarters, the Heat were just about neck and neck with the Clippers, trailing just 92-91.