Video: Hassan Whiteside Loses It After Player Quits on Him in NBA 2K 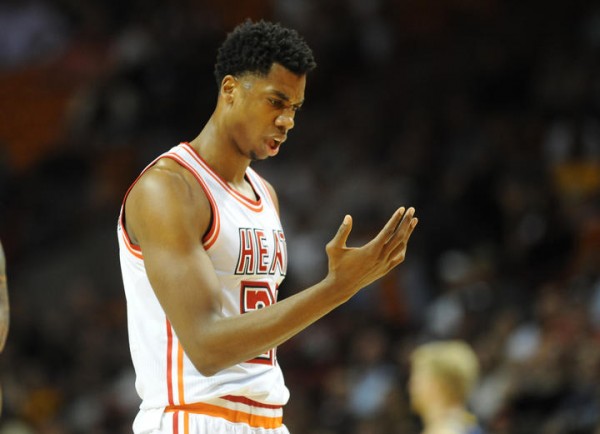 Hassan Whiteside of the Miami Heat takes his NBA 2K seriously. He also has no tolerance for quitters.

In a video recently put out by Whiteside on his Twitter account, he displays his hatred for quitters after an opponent in the video game quits on him in the middle of a matchup.

Check out the hilarious clip:

As you can plainly see (and hear), the shot-blocking menace was damn near furious when his opponent left the match, while Whiteside was apparently going “crazy” on him in the game.

“He quit,” you can hear Whiteside yell. “He quit on me! That’s why I don’t like playing y’all online, y’all be quitting!”

Whiteside has a history of taking his NBA 2K seriously, as he’s questioned his own rating on the franchise video game in the past. Hopefully the big man will be this passionate about the actual game of basketball heading into the 2016-17 NBA season.
[xyz-ihs snippet=”Responsive-ImagenText”]