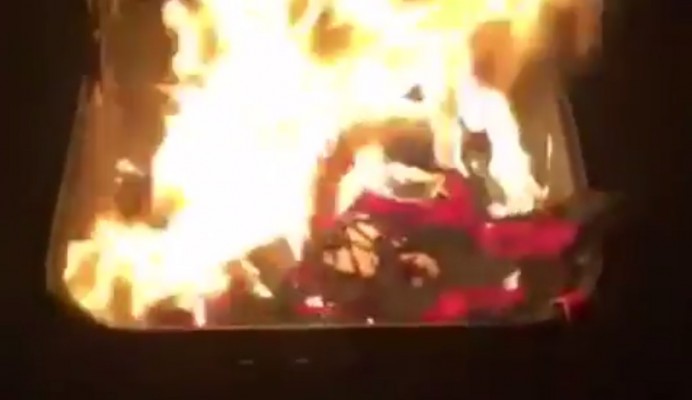 You knew it was coming.

Shortly after Miami Heat icon Dwyane Wade had announced that he would be leaving South Beach to join Rajon Rondo and Jimmy Butler in Chicago, fans gave a mixed set of reactions.

Many pointed the finger at Pat Riley and the Heat’s upper management, while others simply called Wade a traitor.

A couple of Heat fans, however, took it a step further on Wednesday night as they burned the two-guard’s jersey in a barbecue pit.

That was quick. (via L30VIDSYT/Twitter)