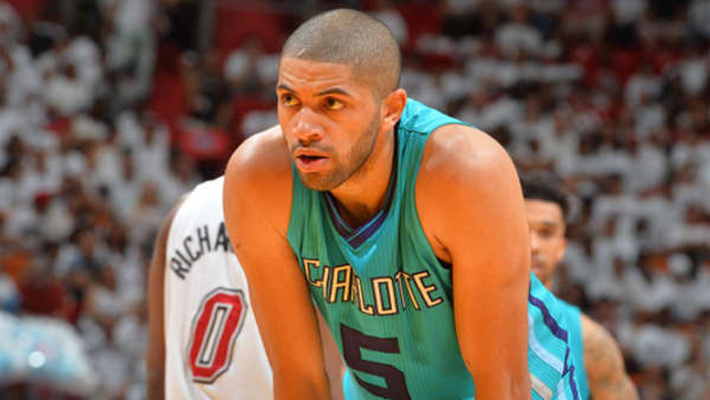 It looks like the Miami Heat will be catching a break on Saturday night as the Charlotte Hornets will be without its starting small forward Nicolas Batum.

Batum suffered a left foot strain in the fourth quarter of Game 2 in Miami.

He underwent an MRI on Thursday and the team says Batum will continue to receive treatment on the foot and his status will be updated before Game 4 on Monday night.

According to the Miami Herald, Hornets head coach Steve Clifford said the team is “very concerned” about the injury.

Without Batum, the Heat can expect to see a lot more of Jeremy Lin, Al Jefferson, and Frank Kaminsky in the lineup.
[xyz-ihs snippet=”Responsive-Ad”]