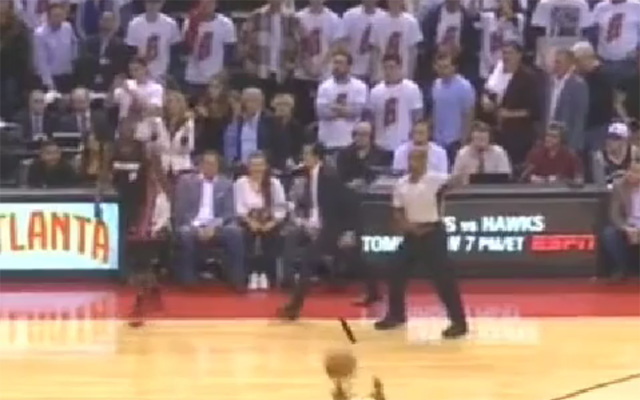 While the Miami Heat were trailing by two possessions in overtime of a crucial Game 2 against the Toronto Raptors, Heat head coach Erik Spoelstra refused to sit by idly while his starting forward Luol Deng was inbounding the basketball. Deng was close to receiving a five-second inbound violation as he had a wide open Josh Richardson in the backcourt.