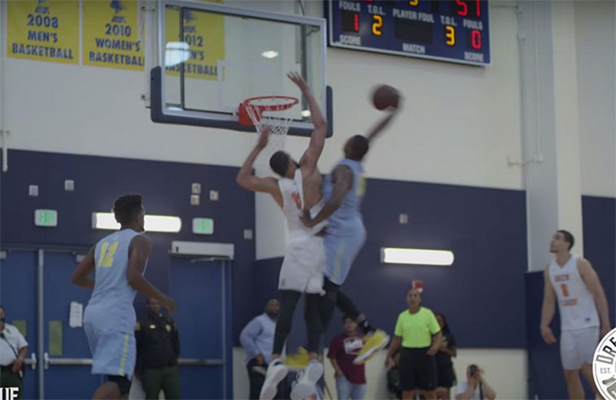 Small forward Dorell Wright, who last played for the Miami Heat during the 2015-16 season, is currently an unrestricted free agent.

Although the Heat are not expected to re-sign the 30-year-old swingman, Wright is still apparently working hard on his game over the summer.

During a Los Angeles Drew League game, Wright drove in against 7-footer JaVale McGee and threw down one of the nastiest dunks of the offseason.

Take a look for yourself below.