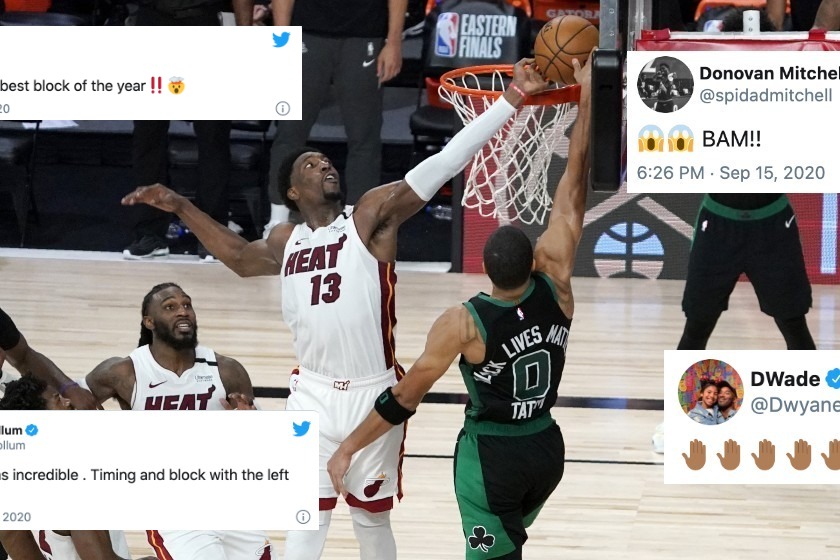 Bam Adebayo is the talk of the NBA world after his incredible game-clinching block in Game 1 of the Eastern Conference Finals.

BAM BLOCK ON TATUM TO CLOSE OUT GAME 1 pic.twitter.com/9taVNrAXjT

It didn’t take long before current and former NBA players took to social media to react to the block with amazement and glee.

Bam Adebayo’s block on Jayson Tatum’s dunk attempt was the best defensive play I’ve seen ever in the playoffs!!!!

Wow . That was incredible . Timing and block with the left for the game

That probably was one of the best blocks I ever seen

Bam for block of the year!

Bam just had the best block of the year‼️🤯

Bam with the big block

Adebayo burst onto the season during the 2019-20 regular season and earned his first All-Star Game appearance. He is now becoming even more of a household name thanks to his performance in the playoffs.

His second block on Tuesday night won the Heat Game 1 of the Eastern Conference Finals.

Adebayo and the Heat have to win only three more games before the third-year star is playing on the game’s biggest stage, the NBA Finals.