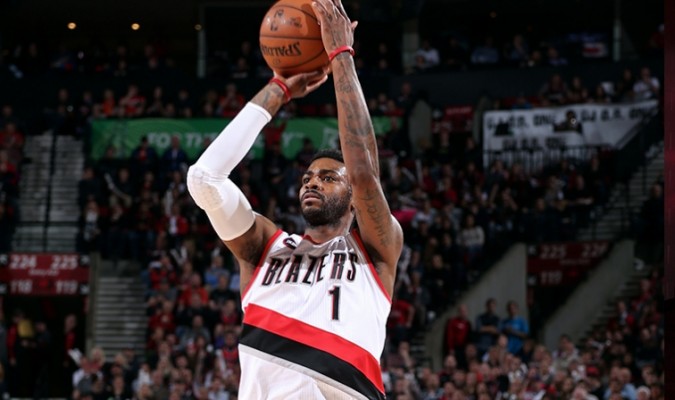 With the playoffs around the corner, the Miami Heat (44-32) is looking to fill two open roster spots between April 9 and 13. Once assured it won’t pass the tax threshold, the Heat will add players that can bolster the team’s performance and fill in needed areas.

According to Barry Jackson of the Miami Herald, Miami already has guys on its radar:

“The Heat has been strongly looking at one signing one established player and one developmental project, though the thought of signing two developmental players hasn’t been ruled out.

“We’re told Miami has been giving legitimate thought to ex-Heat forward Dorell Wright, back from playing in China, but he’s one of several on Miami’s list. The Heat also is considering D-League point guard Briante Weber but has not given him a commitment.”

Wright, who played in Miami for the first six years of his career, has been in China for the 2015-16 season. The 30-year-old averaged an impressive 24.3 points, 7.5 rebounds, 2.5 assists and 2.0 steals while shooting 50.9 percent from the field in the CBA (Chinese Basketball Association). The forward’s strong friendship with Dwyane Wade and roots with the Heat could lead to a reunion for both parties.

Weber, 23, signed with the Heat during training camp but was sent to the team’s D-League affiliate Sioux Falls Skyforce. The 6’2″ point guard was signed by the Memphis Grizzlies on a 10-day contact in mid-March and played in just six games. Since then, Weber has been waiting and been an appealing guard option for the Heat, who have just Goran Dragic and Josh Richardson as its only point guards. The Virginia Commonwealth University product averaged 10.7 points, 5.3 rebounds, 4.2 assists and 2.1 steals in the D-League.
[xyz-ihs snippet=”Responsive-Ad”]