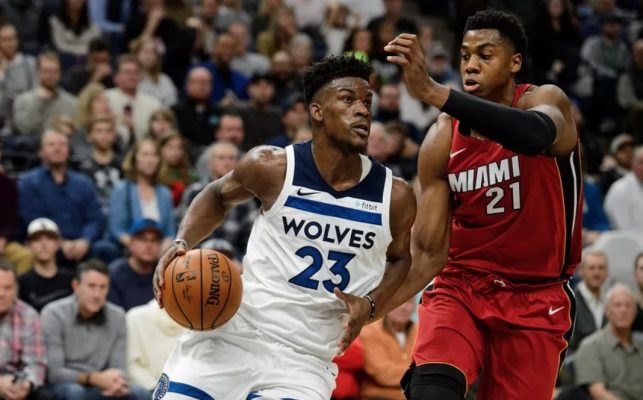 O’Neal said that he expects the Heat to go after another “big-name guy” like Butler, who has demanded a trade from the bitter cold of Minneapolis, but cautioned that Heat president Pat Riley and team owner Micky Arison may wait to find the right fit.

“There’s not that many superstars that are out there,” O’Neal told the outlet. “And a lot of the guys that are superstars are tied up in big contracts. Pat’s always done a great job of getting respectful players, players that are going to come in here and work hard.

O’Neal said that Butler may fit the right mold but warned that he is no Dwyane Wade.

“Jimmy Butler’s a good start, but he’s no D-Wade,” O’Neal said. “But he’s a good start. I would love to play with a guy like Jimmy Butler. But Jimmy Butler is a guy who is sort of going to be a Udonis Haslem type. He’s going to do all the dirty work. You’re not going to hear his name a lot. He’s definitely a guy you need on your team. Hopefully they can get him.”

According to ESPN’s Adrian Wojnarowski, however, Miami is not on the list of Butler’s preferred landing spots. Wojnarowski reported that the four-time All-Star prefers to be traded to the New York Knicks, Brooklyn Nets, or Los Angeles Clippers.

He added that the Timberwolves have no interest in moving Butler.

Butler wanted a four-year, $145 million extension after the 2018-19 season, according to The Athletic’s Jon Krawczynski, but was only offered $100 million for four seasons, prompting his trade demand.
[xyz-ihs snippet=”HN-300×250-TextnImage”]