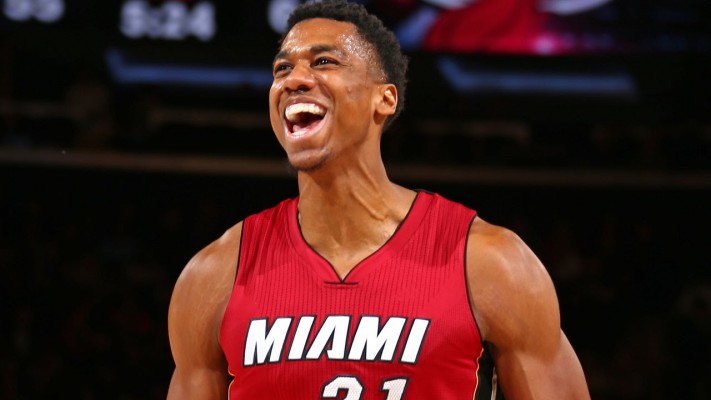 Miami Heat center Hassan Whiteside is off to a strong start this season, and he’s getting recognized for it in a big way.

One of the NBA’s most famous figures, five-time champion Magic Johnson, revealed his early list of MVP candidates on Twitter Monday afternoon, which included the Heat’s star big man in the mix:

In three games, the 7-footer is averaging 21.7 points, 14.7 rebounds and 3.3 blocks on 64 percent shooting. As far as league leaders go, he’s first in blocks, second in rebounding, fifth in field goal percentage and is scoring more points than the likes of LeBron James, Carmelo Anthony and Chris Paul.

While the sample size is small, there are plenty of factors that suggest Whiteside will keep up the dominance and have a stellar campaign this season.

For starters, the Heat signed the big man to a massive four-year, $98-million dollar deal in the offseason. They didn’t give the budding star all that money to play a nominal role on the team, but instead, to be a focal part of their future and success.

In addition, with All-Stars Dwyane Wade and Chris Bosh no longer in action, Whiteside will consume a lot more of the offensive opportunities this year. Last season, Wade, Bosh, Luol Deng, Goran Dragic and Joe Johnson took more shots than Whiteside did. With four of those five players now in different places, Whiteside will get to put up more shots. The five-year veteran is already taking five more shot attempts (14.0) than last year.

What we’ve seen from Whiteside isn’t an anomaly, it’s the new norm. Expect Whiteside to not only compete for an MVP season, but also contend for Defensive Player of the Year.
[xyz-ihs snippet=”Responsive-ImagenText”]