Report: Dwyane Wade Out Tonight vs. Sacramento Kings Due to Sore Neck, Back 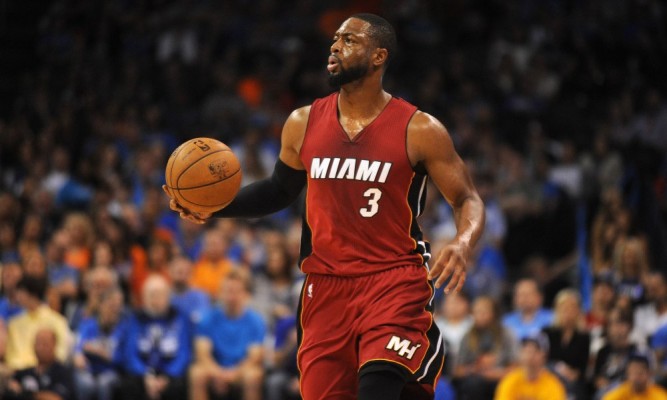 A three-game road trip that was supposed to be considered easy for the Miami Heat (43-31) has now turned into a surprising challenge. In addition to dropping Wednesday night’s match against the west-worst Los Angeles Lakers, Dwyane Wade was injured during the game and is currently dealing with neck and back issues.

#Heat make it official: Dwyane Wade (back, neck) is out of tonight’s game vs the Kings. More on #HeatLive at 9:30 on @FOXSportsHEAT.

Wade did not attend shootaround Friday morning as coach Erik Spoelstra listed the veteran as doubtful for Friday night’s tilt against the Sacramento Kings.

“It’s more sore, and it was more sore yesterday and even more sore today,” Spoelstra said after talking with Heat trainer Jay Sabol. “Jay anticipated that. It’s very similar to the fall Beno (Udrih) had. So his back is sore and neck”

On a potential return for the All-Star, Spoelstra had no definitive timetable:

“There’s no way to know. It would literally by day-to-day, afternoon-to-afternoon.”

Although Kings superstar DeMarcus Cousins (suspension) won’t be in action tonight as well, the Heat face Damian Lillard and the feisty Portland Trailblazers on the second night of a back-to-back tomorrow before returning home Tuesday to play the Detroit Pistons.

Wade, 34, has played 68 of the Heat’s 74 games this season and the team has gone 4-2 without him. The 13-year veteran is averaging 19.2 points, 4.7 assists and 4.2 rebounds a game this year. With the playoffs a couple weeks away, Wade could use all the rest he can get.
[xyz-ihs snippet=”Responsive-Ad”]