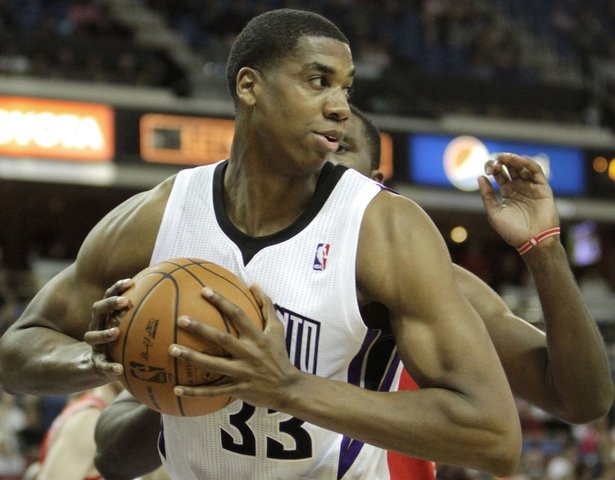 According to Marc Stein of ESPN, the Miami Heat are closing in on calling up center Hassan Whiteside of the Iowa Energy from the D-League.

Whiteside was a second round pick of the Sacramento Kings in 2010 and played 19 games for them over the span of two seasons. He has been sent up and down between the Energy and its parent team, the Memphis Grizzlies, who Whiteside has not played for yet in a regular season game.

In his only two games with the Energy this season, Whiteside is averaging 21.0 points, 15.5 rebounds, and 6.0 blocks. With the Heat’s apparent lack of interior defense and shaky big men due to injuries, the former Kings’ big man would be a valuable addition to Miami’s front line.

Note: Justin Hamilton‘s contract doesn’t become guaranteed until December 1, so if Whiteside does sign with the Heat, he could potentially push Hamilton out.
[xyz-ihs snippet=”Responsive-ImagenText”]