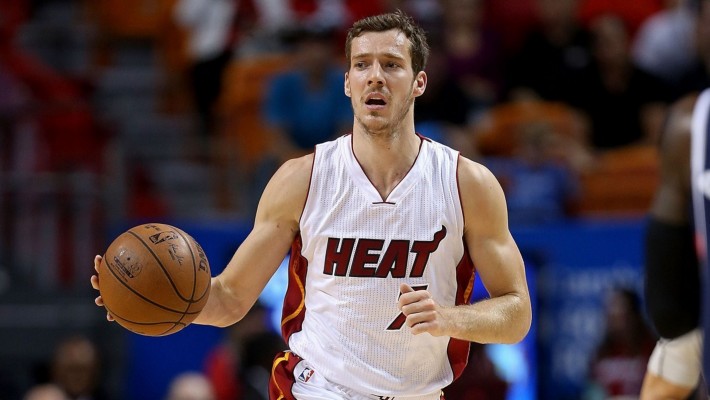 According to Marc Stein of ESPN, the Orlando Magic were apparently ready to give up a first-round draft pick and center Nikola Vucevic in exchange for Miami Heat point guard Goran Dragic. However, the Heat apparently weren’t interested and it’s not certain that they’ll deal the point guard in the midst of what’s quickly become an injury-plagued rebuilding year.

Vucevic’s salary this season is $11.75 million, with $25 million left on the two remaining years of his contract. The Heat’s apparent disinterest in this particular deal partly stems from the fact that they’re already paying their starting center, Hassan Whiteside, $22.1 million this year and owe him $76 million over the remaining three years of the contract he had agreed to last July.

Miami has until next month’s trade deadline to deal Dragic, if it chooses. In 35 games this season, Dragic is close to his career-high in points per game at 19.4 per contest and is dishing out an average of 6.3 assists per game. He’s making $15.89 million this season in the second year of a five-year contract and is owed slightly over $54 million over the remainder of his deal.

Vucevic is a 26-year-old 7-footer who’s currently in his sixth NBA season, with all but his rookie campaign having been spent as a member of the Magic. In the second year of a four-year extension that he signed in 2014, he has a career scoring average of 14.4 points per game and 9.8 rebounds per game.
[xyz-ihs snippet=”Responsive-ImagenText”]