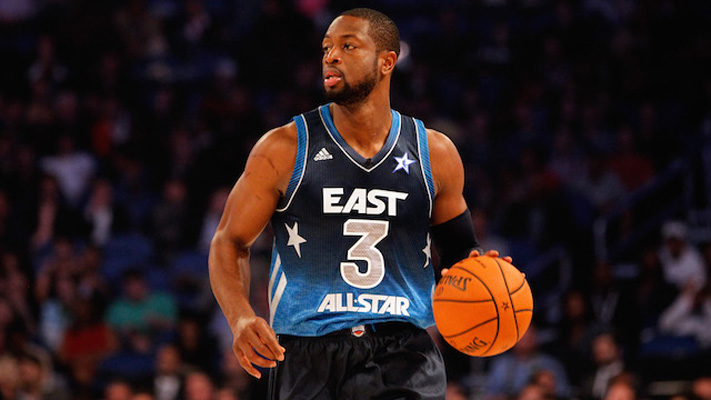 It’s looking more and more likely that Dwyane Wade will be voted to his 12th consecutive All-Star Game this year.

Based on early returns of All-Star voting, the former Finals MVP leads all guards in the Eastern Conference with over 300,000 votes. The next closest guard to him is the Cleveland Cavaliers’ Kyrie Irving and it isn’t even close—Irving has just 138,000 votes in total.

Wade looks well-positioned to start in yet another All-Star game, but his teammates might have a harder time getting in. Chris Bosh currently ranks seventh among all frontcourt players in the East with nearly 92,000 votes, while Hassan Whiteside is ninth with just a shade under 73,000 votes.

The top three frontcourt players and the top two guards voted will be named starters, while conference coaches will select the reserves. All-Star voting runs through January 18th, with the starters being announced on January 21st.
[xyz-ihs snippet=”Responsive-Ad”]