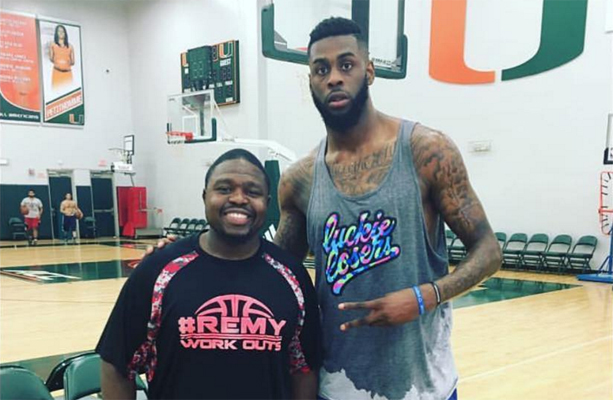 Willie Reed is already making the most of his offseason in Miami.

According to the video below, he has started working out with South Beach trainer Stanley Remy. Remy is currently veteran big man Udonis Haslem’s trainer.

Remy has worked with a lot of Miami Heat players in the past including LeBron James and Dwyane Wade.

If Willie Reed is working with Stan Remy this summer, that's a pretty good sign for Heat.

Tim Reynolds, from the Associated Press, pointed out how working with Remy could be a great start for Reed. Learning from the likes of Haslem next season could help the youngster grow and develop into a well-rounded NBA player.

Remy has also posted videos of workouts with Tyler Johnson this offseason.

Reed has shown a keen interest in developing his game in the Heat’s system. He turned down some other more lucrative offers to play for the minimum on the Heat. His oft-stated goal has been to improve his overall game and specifically grow on the offensive end of the floor.

The former Brooklyn Net has stated that he wants to grow in the Heat’s developmental system and hopefully this is a step in that direction. As a possible backup to Hassan Whiteside, we may be seeing a lot more of Reed this fall.
[xyz-ihs snippet=”Responsive-Image-Only”]