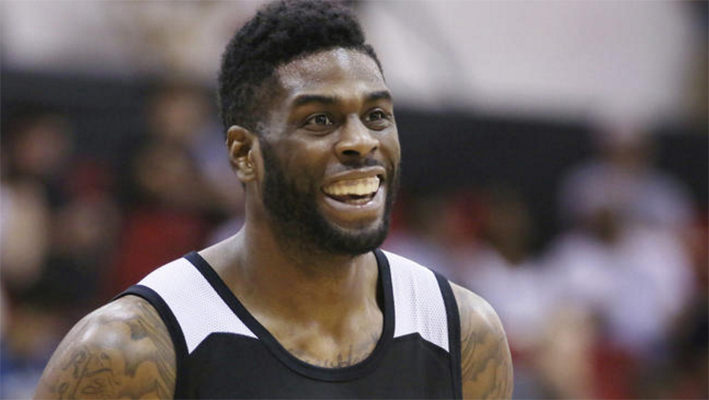 For the longest time, Willie Reed wanted nothing more than to be a member of the Miami Heat.

After showcasing his talents as a standout player for Miami’s Summer League squad, he knew Miami was the place for him. However, he was so impressive last year that Brooklyn beat Miami to the punch and offered him a one-year deal worth $500,000, and Reed simply couldn’t pass up the opportunity.

“It was definitely difficult,” Reed said after choosing Brooklyn over Miami. “But I had to take care of my family. I had played in the D-League for three years prior.”

This time around, though, the 6’11” center knew it was Miami or bust. The former D-League star even turned down a few lucrative offers so that he could join the Heat in 2016-17.

“I just think [the Heat] have a way with players,” Reed said. “They figure out what it is that’s causing them to be the player that they are and they try to accelerate them. I look forward to that. I know if I keep continuing to put in all the work and to give all the glory to God and to keep continuing to stay healthy, I think that those are the same footsteps that I can follow.”

Reed will reportedly make $1,015,696 this coming season with Miami, and is largely expected to be the primary backup for starting center Hassan Whiteside. As a matter of fact, Reed strongly reminds his current teammates of Whiteside with his ability to clog the lane and block shots. They have even given him the nickname “2.0,” as in the second coming of Whiteside.

In his extensive time in the D-League, Reed averaged 15.3 points, 9.9 rebounds and 1.8 blocks per game. Those numbers are eerily similar to Whiteside’s from last season. While Reed is certainly a promising prospect, he understands that he still has work to do to become that player he knows he can be.

“My defense is ahead of my offense at this point in my career,” said Reed. “I have to make sure that I get better on the offensive end of the floor.”

As of now, the future looks bright for both Reed and the Heat as they continue moving forward in preparation for the 2016-17 season.
[xyz-ihs snippet=”Responsive-ImagenText”]

Featuredhassan whitesideNews TickerWillie Reed
← Previous Story Tyler Johnson on Recent $50 Million Contract: ‘They Got Me for a Steal’
Next Story → Dwyane Wade’s Ex-Wife Writing Tell-All Book About His Side Chicks