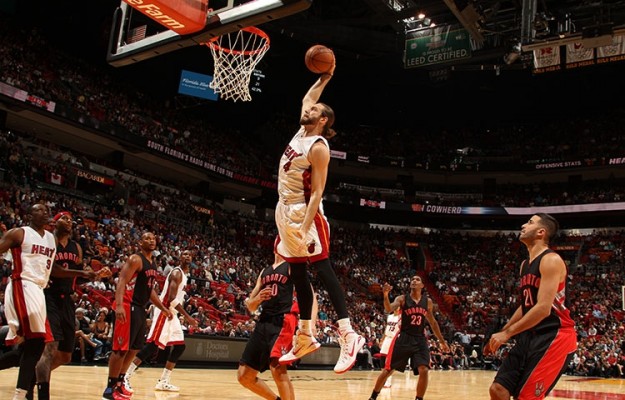 If you thought Miami Heat forward Josh McRoberts escaped last season without getting injured, well, you were wrong.

McRoberts, 29, told Ira Winderman of the Sun Sentinel that he broke his left foot last season during Game 6 of the Eastern Conference semifinals against the Toronto Raptors.

Josh McRoberts says he broke his left foot in Game 6 against Raptors which is why he's out.

The former Duke University forward has been ravaged with injuries since joining the Heat in 2014. Due to a torn meniscus in his left knee, McRoberts was limited to just 17 games in his first season with the Heat and missed 40 games last year.

It hasn’t earned the 6’10” power forward a pretty reputation in South Florida.

With just 69 appearances in two years, McRoberts understands the fans’ displeasure with him.

Josh McRoberts, on his rocky tenure with the Heat, "I’m a big white guy who gets hurt all the time. I wouldn’t like me either.”

However, when the big man is healthy, he’s an asset on the court. For his size, McRoberts has a spectacular eye for playmaking and can make the occasional jumper. The journeyman also has garnered plenty of experience around the league in his nine-year career, giving the Heat a veteran presence for a young team.
[xyz-ihs snippet=”Responsive-ImagenText”]