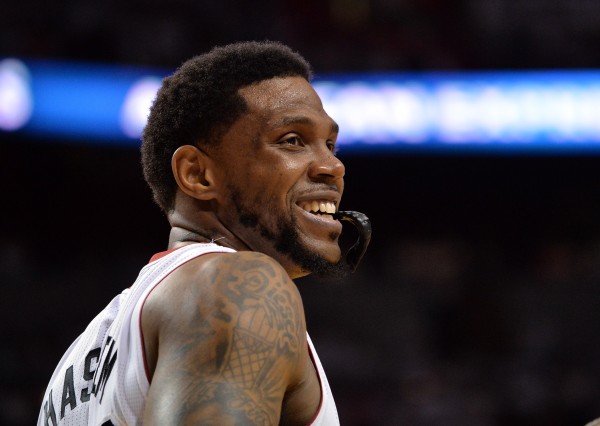 Udonis Haslem is back with the Miami Heat. The Heat’s all-time leading rebounder will return for his 14th season.

With so many veterans leaving the team this offseason, Haslem will be the focal point of leadership in the locker room. He signed a one-year, $4 million deal with the goal of playing another year after that according to Ethan Skolnick of the Miami Herald.

Udonis Haslem is returning to the Heat on a 1 year, $4 million contract, with the intention of him playing another year after that.

Haslem was not an immediate priority for the Heat this offseason, but the team obviously wanted to bring Mr. 305 back. They sent him a highlight video on July 1st but didn’t follow up until the Dwyane Wade saga was over.

Haslem mentioned earlier this offseason that he still has a couple years of good basketball left in him. The 13-year veteran believes he can still contribute 15-20 minutes per night. With so many starters leaving this summer, coach Erik Spoelstra might rely on him a lot more during the season.

Heat fans can let out a sigh of relief now that Haslem agreed to sign a deal to return next year. He is set to be a leader and mentor for all the young players on the current roster.
[xyz-ihs snippet=”Responsive-ImagenText”]