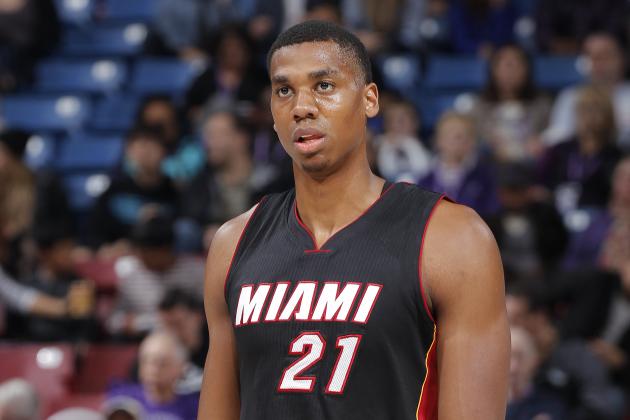 The Miami Heat revealed Friday afternoon during shootaround that center Hassan Whiteside had re-aggravated his sprained ankle against the Minnesota Timberwolves on Wednesday night, which has him doubtful for Friday night’s matchup with the San Antonio Spurs.

It’s the same ankle that forced Whiteside to miss games on Jan. 21 against the Charlotte Hornets and Jan. 23 against the Indiana Pacers and for now, all the Heat can do is sit and wait.

“I just think it’s day to day with me right now,” Whiteside said after being held out of the morning shootaround. “I really can’t give a time span of what’s going on. It just kind of happened early in the game last game.”

Whiteside was able to finish the game on sheer adrenaline according to Coach Erik Spoelstra.

“It was early in the first quarter, he re-aggravated it,” Spoelstra said.  “But the adrenaline was going. He got a lather up and he was able to play through it and it swelled up right after the game. We were trying to manage it through the course of the game.”

In addition, guard Mario Chalmers missed the team’s shootaround with a bruised shin, also suffered in Wednesday night’s loss against the Wolves.

Both Whiteside and Chalmers missed this morning’s team shootaround in San Antonio, Williams was a limited participant.

The team is already expected to play without star guard Dwyane Wade, who has already missed the team’s entire four-game road trip, and forward Shawne Williams, who is expected to miss his third consecutive game with a hip issue.
[xyz-ihs snippet=”Responsive-Ad”]