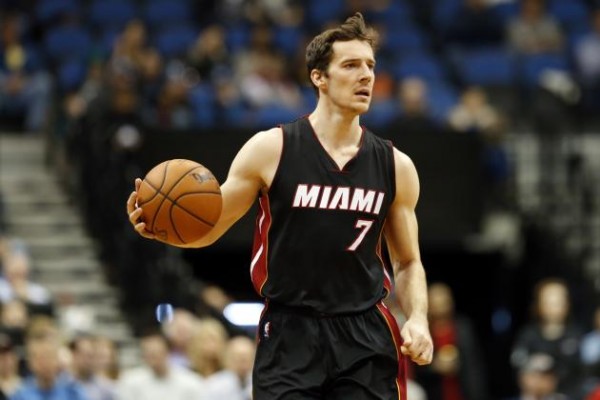 Goran Dragic has officially been diagnosed with a Grade 1 calf strain, according to Shams Charania of Yahoo! Sports.

It was reported yesterday that Dragic had been sent home from the team’s road trip due to his calf injury and would not play for the remainder of the trip. The Miami Heat will play in Denver versus the Nuggets on Friday night before concluding the trip on Sunday night at Oklahoma City.

The Heat point guard underwent an MRI on Thursday for his official diagnosis. Dragic will be reevaluated in one week, as it is not yet known when he will be back in the lineup.

The injury to the point guard couldn’t come at a worse time for the Heat. The team is currently on a three-game losing streak and looked completely out of sync without their starting guard in the lineup in the 104-90 loss to the Los Angeles Clippers on Wednesday night. With Dragic sidelined, coach Erik Spoelstra will have to decide between Beno Udrih and Tyler Johnson to run the offense.

In 37 games played this season, the Slovenian point guard has averaged 12.3 points and 5.0 assists per game.
[xyz-ihs snippet=”Responsive-Ad”]