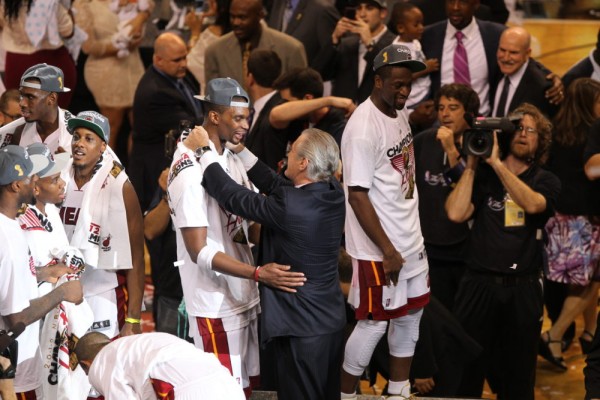 The Miami Heat are looking to make an impact in the free agent market when it opens up in July, and have the potential to add some important new additions that could continue the momentum that saw the team go 30-11 during the second half of this past season. There had been some concern that the rancor that came about with the health issues surrounding Chris Bosh would damage any such chances, but from all accounts, that doesn’t seem to be the case.

Barry Jackson of the Miami Herald noted that there are still a number of important reasons why playing for the Heat could be an appealing option. While the weather and the lack of any state income tax in Florida are part of the sales pitch, the player-friendly culture can also serve as an enticement.

One example of that can be seen with respect to Bosh’s touchy situation that had caused a rupture in his once-close relationship with team. The Heat took steps recently to smooth things over, according to Jackson:

“The organization has mended its relationship with Bosh in recent weeks, with direct contact between Bosh and the top of the organization, in advance of his impending release and removal of his salary from Miami’s cap.”

Without Bosh’s contract weighing down the Miami payroll, the team will be able to pursue some key free agents. The fact that the Heat took the initiative to make sure that Bosh leaves on a positive note has the potential to pay dividends for them and could be reflected in next year’s standings.
[xyz-ihs snippet=”Responsive-ImagenText”]