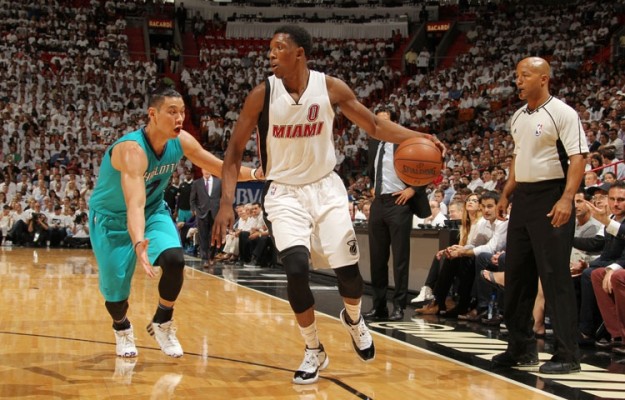 After sustaining an MCL injury while working out on Friday, Miami Heat shooting guard Josh Richardson indicated on Saturday that he’s expected to need six to eight weeks of rehabilitation. That treatment puts the chances of him starting the season with the Heat in jeopardy.

Ethan Skolnick of the Miami Herald tweeted out details about Richardson’s injury, which gave an indication of the severity of the partial MCL tear.

Josh Richardson says his rehab will be 6 to 8 weeks

Josh Richardson acknowledges he may miss start of the season

Josh Richardson says when he hit the ground "my knee was on fire."

The Heat begin their 2016-17 preseason training camp on September 27, with their regular season getting underway in Orlando on October 26. Given the latter timeline, even the most optimistic rehabilitation likely means that Richardson will see limited action to start.

The second-year guard was expected to be in the mix to replace Heat legend Dwyane Wade at shooting guard. One player who looks to benefit from Richardson’s absence though is free agent signee Dion Waiters.
[xyz-ihs snippet=”Responsive-ImagenText”]